The precious metal gold prices traded mostly bearish falling from $1,503 to $1,495 but the bearish trend was shortlived. Gold seems to recover earlier losses in the wake of bullish retracement. It is trying to recover after skidding below a key level in the previous session following an uptick in risk appetite. Whereas, traders await meetings by policymakers later this week for clues on the path forward for interest rate cuts.

GOLD came under selling pressure as the US dollar held near a three-week high due to an improved appetite for riskier assets, which lifted yields on US government bonds. Eventually, the demand for US government bonds is weighing on gold prices.

Gold has traded mostly in line with our expectations to hit 1,495 trading level. Now the same level is extending solid support to gold and we may see some bullishness in gold in the shape of correction or retracement.

The triple bottom pattern also extends support at the same area of 1,495. While the RSI and Stochastics are holding in the selling zone. 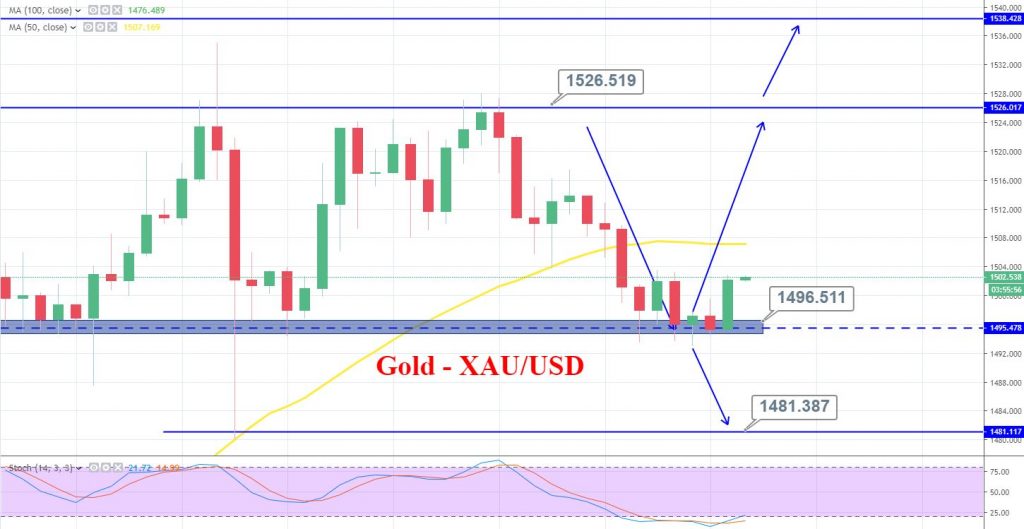