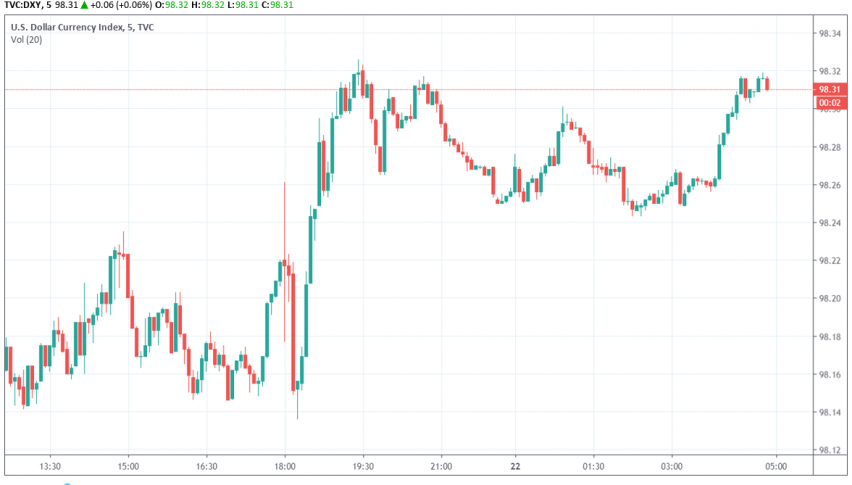 The US dollar is trading stronger early on Thursday following the release of the FOMC meeting minutes during the previous session. At the time of writing, the US dollar index is trading at around 98.31, climbing slightly higher.

The dollar has received strong bids over traders’ optimism that the Fed has sounded less dovish than expected so far. However, all eyes now shift to Fed Chair Powell’s speech at the Jackson Hole symposium due tomorrow.

Powell’s comments will be closely watched for additional clues on what to expect from the Fed going forward in terms of further rate cuts or easing measures. Traders can expect currencies to continue trading in tight ranges over the lack of volatility and significant updates in the summer month.