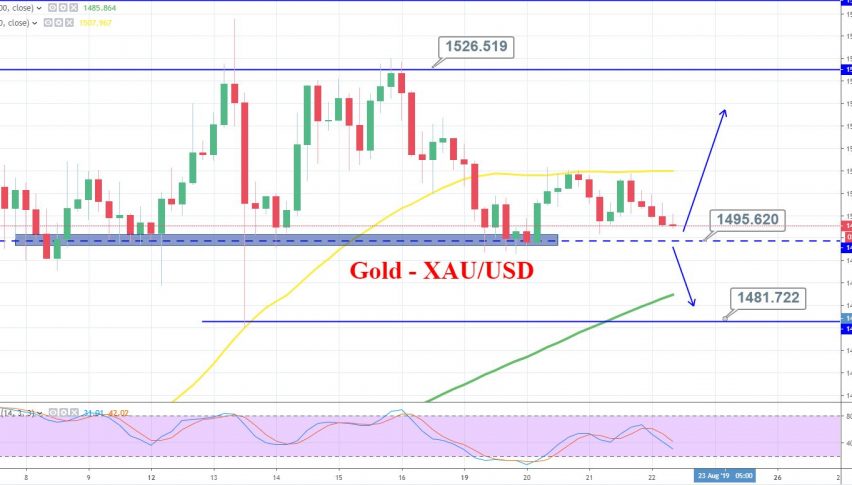 On Thursday, gold prices were steady holding around the key psychological level of $1,500. Neutral bias in gold is mostly driven by investors awaited a central bankers’ conclave for clues on future interest rate cuts. FOMC minutes passed with a message largely in line with the vague/dependent dovish expectations they aimed for back in July. FOMC minutes no longer reflect forward guidance, which is why the market didn’t bother to react much.

During the early Asian session, China’s yuan slipped again, and this time it fell to an 11-year low against the dollar over worries about an economic slowdown. This drives safe-haven appeal in the market and may extend support to GOLD today.

Gold has traded mostly in line with our expectations to hit 1,495 trading level. Now the same level is extending solid support to gold and we may see some bullishness in gold in the shape of correction or retracement.

The triple bottom pattern also extends support at the same area of 1,495. While the RSI and Stochastics are holding in the selling zone. 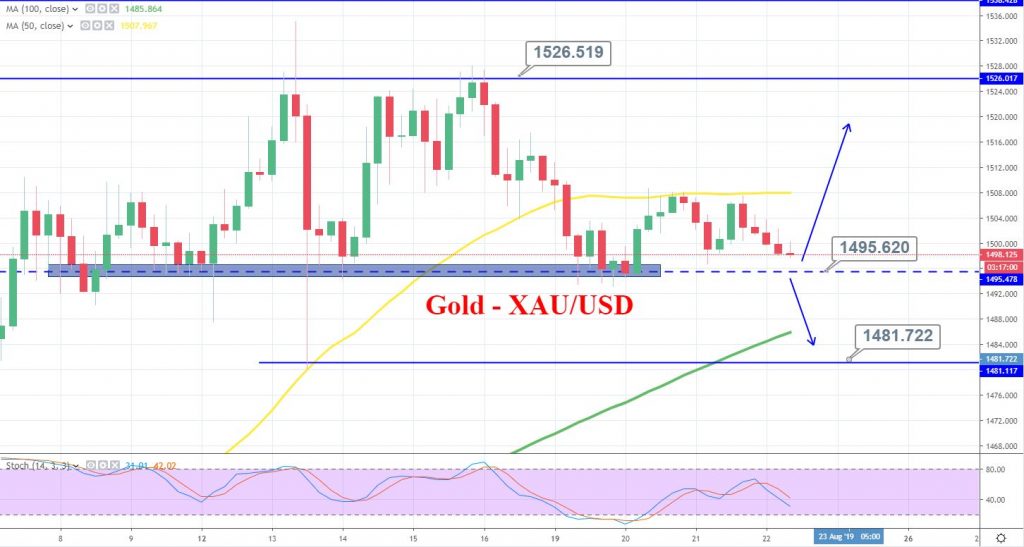