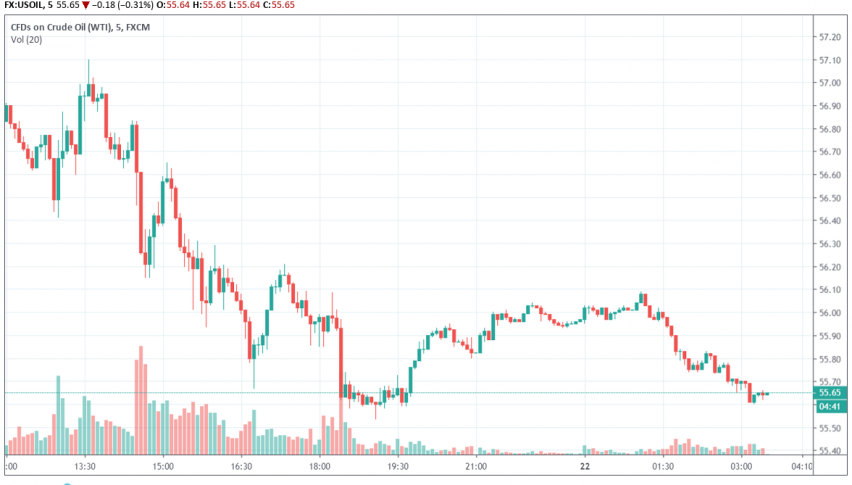 The EIA report released on Wednesday revealed a draw of 2.7 million barrels in US crude inventories during the previous week, while expectations were for a draw of 1.889 million barrels. Weakening demand for oil is back in focus on the back of ongoing global trade tensions, and crude oil’s bearishness appears to have resumed again.

Meanwhile, tensions between the US and Iran are flaring up again in the Middle East after Iranian President Hassan Rouhani cautioned against US’s plans to completely block Iran’s crude exports. According to Rouhani, if the US imposes a complete blockade on Iran exporting crude oil, security in the Strait of Hormuz could be affected. Iranian Foreign Minister Mohammad Javad Zarif also warned against the US’s policy on Iran, stating that his country’s reaction to further restraint by the US could be “unpredictable”.