Pounds Gains 0.8% Against the US Dollar in Hopes of a Solution to Irish Backstop - Forex News by FX Leaders 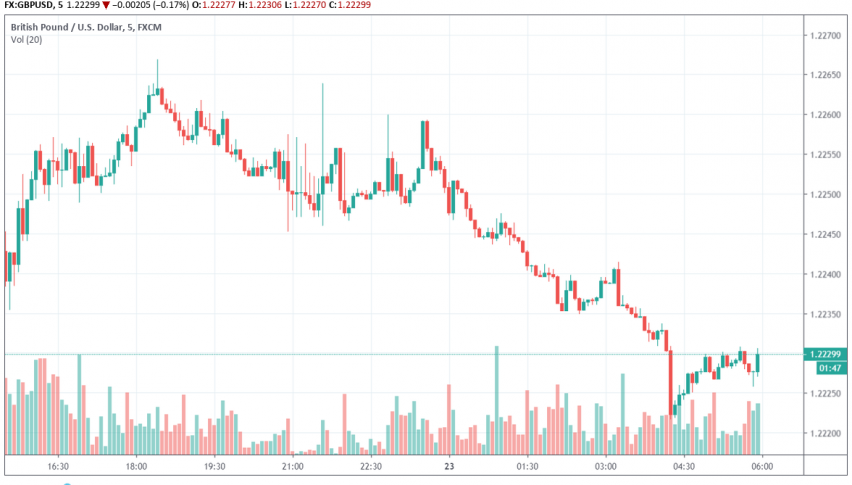 Pounds Gains 0.8% Against the US Dollar in Hopes of a Solution to Irish Backstop

On Friday, the Pound continues to trade somewhat stronger against the US dollar over renewed hopes for a solution to the Irish backstop issue before the Brexit deadline of October 31. At the time of writing, GBP/USD is trading at around 1.222 after having gained around 0.8% on Thursday.

After UK PM Boris Johnson met with German Vice Chancellor Angela Merkel, markets took Merkel’s comments of granting 30 days to Johnson to come up with an alternate solution to the Irish backstop as a positive development which could potentially prevent a no-deal Brexit. Even though there have been no concrete developments on Brexit, any small progress can cause higher volatility in the Pound as the Brexit deadline approaches.

However, French President Emmanuel Macron stated that it was too late to renegotiate a new Brexit deal. Macron made these comments during his meeting with Johnson on Thursday, after he had met with Merkel. According to Macron, “I want to be clear: in the month ahead, we will not find a new withdrawal deal that deviates far from the original”.

Johnson continues to maintain optimism that he will be able to come uo with an alternate arrangement for the Irish backstop issue, a key bone of contention that has so far prevented the withdrawal agreement from being passed in the UK Parliament. Macron also stressed on how the EU was keen to avoid a no-deal Brexit, but will be prepared for such a scenario.