Selling the Pullback in AUD/USD - Forex News by FX Leaders 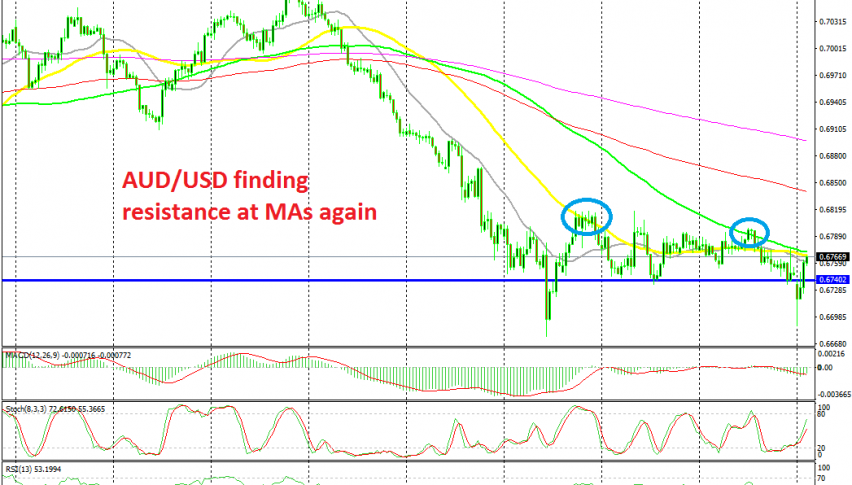 Selling the Pullback in AUD/USD

The pullback is almost complete on the H4 chart

AUD/USD turned pretty bearish at the end of July as the trade war between US and China escalated again, with Donald Trump threatening to place tariffs on another batch of Chinese goods exported to the US. This pair lost more than 400 pips as a result, although in the last two weeks AUD/USD consolidated in a range between 0.68 and 0.6740s.

The range was broken at the end of last week though, after Donald Trump announced an increase in tariffs on Chinese goods and advised US companies to divert from China to other countries, during the G7 summit. This shows that things went wrong in the G7 summit and the trade war keeps escalating.

AUD/USD opened with a gap lower last night when the Asian session started and continued lower, falling to 0.6680s. Although, we have been seeing a retrace higher during the European session and Trump’s tweet about China, saying that anything is possible, is helping the risk mood in financial markets.

As a result, this pair has retraced higher but the retrace is almost complete on the H4 chart as stochastic approaches the overbought area. The trend is still bearish and moving averages are providing resistance on this time-frame. So, we decided to use this opportunity and go short on this pair from these levels. Now we are waiting for the bearish trend to resume once again.