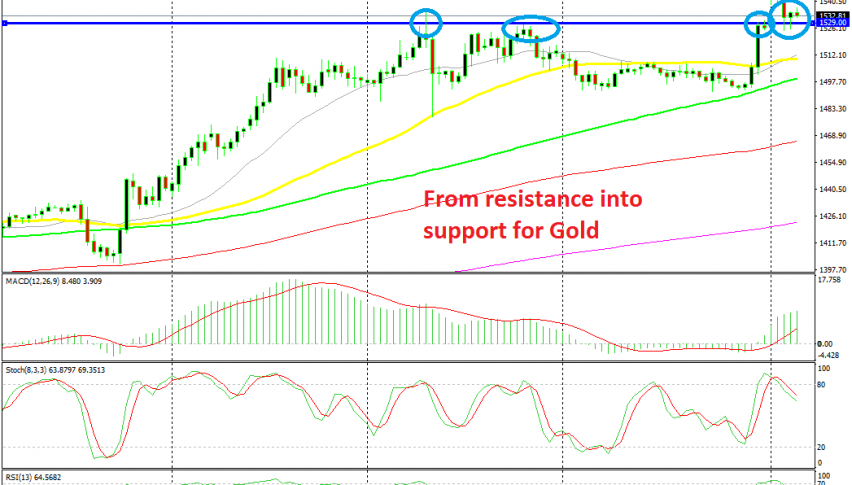 The Previous Resistance Turns Into Support for Gold

Safe havens are on a bullish roll. They have been attracting really strong bids from traders as they diverge from risk assets and instead, pile on into safe haven assets. As a result, USD/JPY broke below 105 for the first time this year today after opening with a bearish gap, while GOLD opened with a bullish gap higher.

The price formed a small hammer candlestick in the previous period on this time-frame which is a reversing signal, so we might see Gold bounce off this previous resistance zone which seems to have turned into support now. This might be a good chance to go long on Gold, but stochastic is still heading down so we will wait a bit longer.