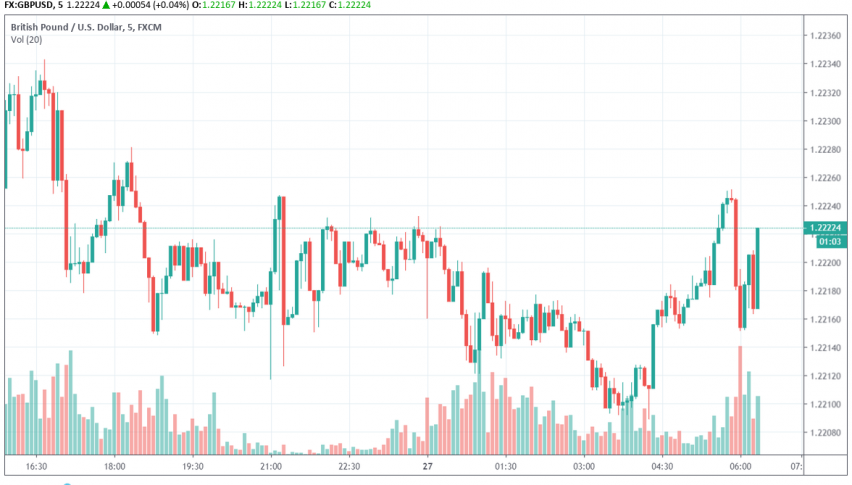 The Pound continues to trade above the 1.22 level against the US dollar into Tuesday after UK PM Boris Johnson’s comments on Brexit at the G7 summit. At the time of writing, GBP/USD is trading at around 1.222.

While addressing a press conference at the close of the G7 summit, Johnson remarked that he was marginally more optimistic about the likelihood of a Brexit deal after pitching proposals to European and world leaders. Johnson, however, offered no comments when questioned about his possible plans to suspend Parliament if it tries to avoid a no-deal Brexit scenario.

Several MPs, both in opposition as well as in the ruling party, are looking at ways to prevent Johnson’s plan to take Britain out of the EU without a deal. Jeremy Corbyn is exploring ways to introduce a vote of no-confidence, which if he wins, he could use to call for elections and delay Brexit to prevent such an outcome.

For now, the onus lies on Johnson to give the EU an in-depth alternative arrangement to the contentious Irish backstop – a key concern in the current withdrawal agreement. Only after this will the EU consider whether there is a scope for possible renegotiation of the Brexit deal.