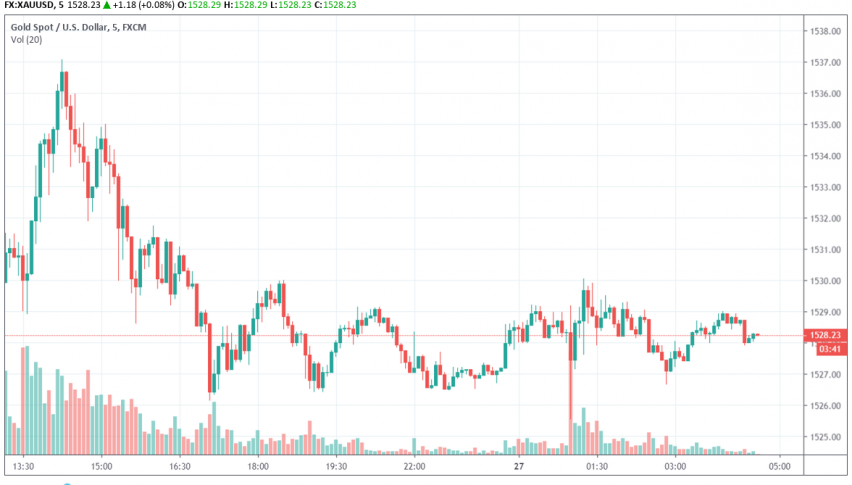 US-China trade tensions witnessed a slight reduction on Monday after Trump reassured the markets that both countries’ trade teams are looking to restart negotiations again. As a result, GOLD prices are trading steady early on Tuesday, holding a little above $1,528 at the time of writing.

After a fresh round of tariff threats by both the US and China late last week, gold had soared to a six-year high on Monday, as uncertainty drove investors towards the safety of the precious metal. However, on Monday, both countries played down Friday’s comments and signaled their interest in negotiating a trade deal.

Earlier on Monday, Chinese Vice Premier Liu He stated China’s position when he remarked that his country was not keen on escalating the trade dispute. Later during the day, Trump expressed his optimism during the G7 summit that China appeared to be sincere about finalizing a trade deal with the US.

However, gold prices continue to remain supported until significant progress is made between the two countries. The trade war, which has lasted for over a year, has put immense pressure on global financial markets, causing several economies to weaken and resulting in leading central banks adopting a more dovish monetary policy.