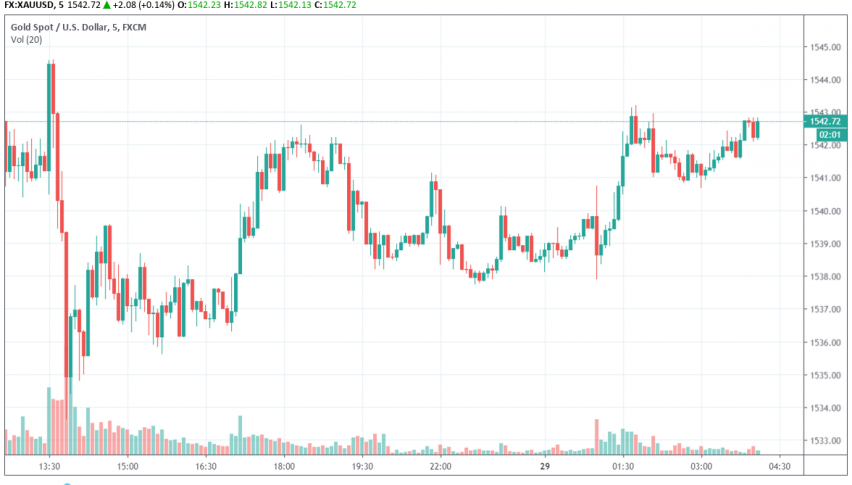 Gold Continues to Rise Over Increasing Worries of Recession

Gold prices are rising higher on Thursday over increased worries of a possible slowdown in the US economy and the Fed stepping in with stimulus measures to support economic growth. At the time of writing, GOLD is trading at a little above $1,542.

After the US Treasury yield curve inverted once again, the fears of an impending recession continue to weigh on the markets. Even the yield on the 10-year German bunds and Euro area bonds touched record lows on Wednesday, signaling a possible recession coming up in the German and Eurozone economies as well.

Markets are widely expecting the Fed as well as the ECB to announce rate cuts in September, while the BOJ could follow suit if the market sentiment fails to improve in the coming weeks. A 0.25% rate cut by the Fed in September is already fully priced in, while markets anticipate that the Fed could cut rates by up to 1% by the end of 2020.

When central banks turn dovish, it causes weakness in the currency and increases the safe haven appeal of gold. In addition, ongoing trade tensions between US and China with no resolution in sight are also supporting gold prices lately.