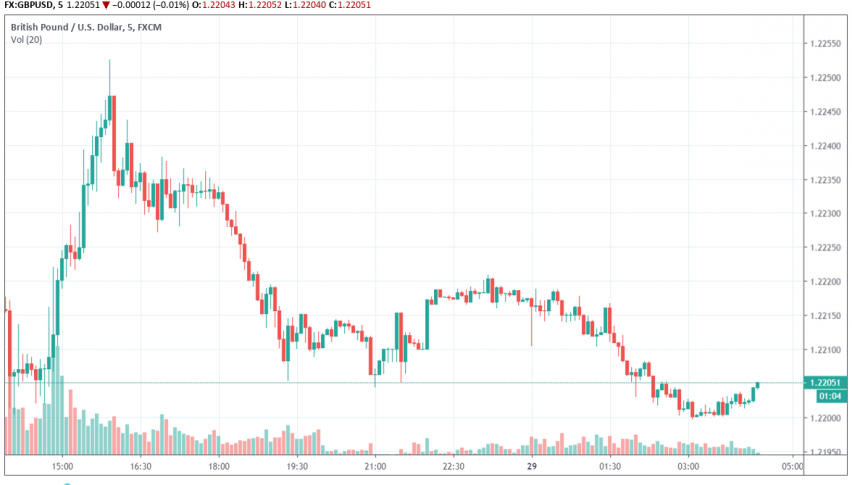 The Pound edged lower on Wednesday after six days of gains after Queen Elizabeth supported UK PM Boris Johnson’s decision to suspend Parliament before Brexit. At the time of writing, GBP/USD is trading slightly better at 1.220, just managing to hold on to this level.

According to an official statement from the Privy Council, the queen’s advisers, the British Parliament is set to be prorogued any day between September 9 and September 12 for over a month until October 14. This is to prevent any plans by opposition parties to prevent a no-deal Brexit by passing a legislation.

This latest move has once again increased the possibility of a no-deal Brexit taking place on October 31, which could potentially push UK’s economy into a recession. The Sterling had been trading higher over the past few days over news reports that opposition leader Jeremy Corbyn was planning to stop a no-deal Brexit by forcing a vote of no confidence in the Parliament and calling for fresh elections in a bid to delay Brexit.

So far this year, the Pound has lost 4.3% of its value against the US dollar. Analysts are expecting further weakness in the currency in the event of a no-deal Brexit.