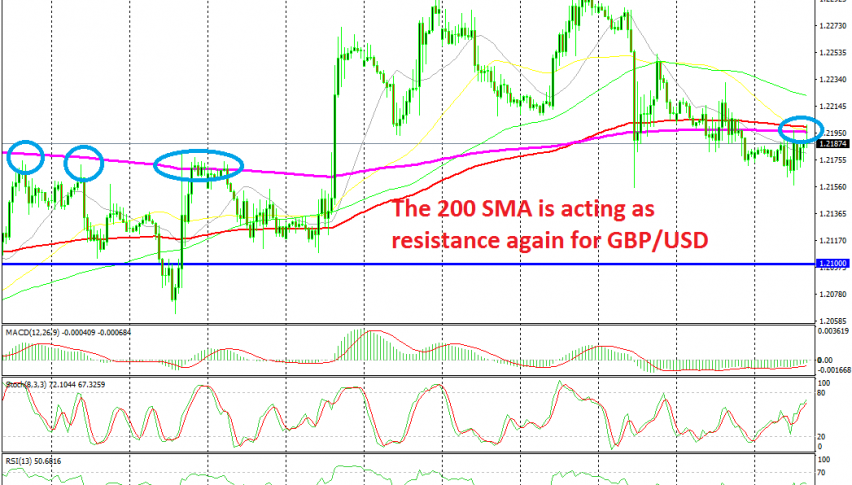 Shorting the Pullback on GBP/USD at MAs

The retrace higher is almost complete

GBP/USD has been bullish in the last two weeks as traders were hoping that the opposition in the UK would stop a no deal Brexit scenario. But, Prime Minister Boris Johnson dismembered the parliament until early October, which doesn’t leave much time for any political undertakings to take place in order to stop a no deal Brexit by the end of that month.

That hurt the sentiment surrounding the GBP and as a result, GBP/USD has turned bearish again this month. Today, this pair declined to 1.2150s, but it has retraced higher in the last several hours as the USD has gone through a soft patch during this time, despite personal spending coming better than expected in the US.

But, it seems like the buyers are running out of steam. They have been banging their head against the 200 SMA (purple) on the H1 time-frame chart and the 100 SMA (red) is also helping in strengthening the resistance at 1.21 further. The stochastic indicator is also overbought now, which means that the retrace higher is almost complete. So, we decided to go short on this pair, now we wait for the reversal to follow.

Markets Flat After Flurry Of Biden Executive Orders
9 hours ago