Is the Bank of Canada Going to Cut Rates in September? - Forex News by FX Leaders 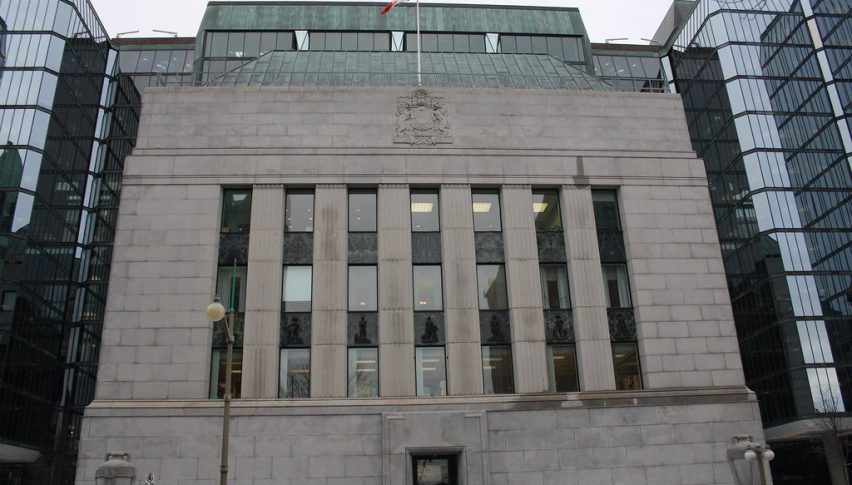 Is the Bank of Canada Going to Cut Rates in September?

How will the BOC act in the September meeting?

The global economy has weakened immensely in the past year. Italy fell into recession in H2 of 2018 while it seems now that Germany and Britain will fall into recession. The economy contracted in Q2 already, so if Q3 comes in negative as well, they will officially be in a recession too. The manufacturing sector in Germany is in deep recession already and it will surely have a big impact on the GDP figures when they get released.

Central banks have turned dovish as a result during this year and we have seen many central banks cut interest rates in the last few months. The Reserve Bank of Australia cut rates twice already since May and they left the door open to further rate cuts if the FED eased them. The FED did cut interest rates in the last meeting by 25 basis points, so the RBA might cut them again according to their promise. The economic data has shown further deterioration in Australia, so another cut is very much on the table.

The Reserve Bank of New Zealand also delivered a rate cut of 50 bps earlier which came as a bit of a surprise. We can mention other major central banks which have delivered major rate cuts recently, such as the Reserve Bank of India, the central bank of Thailand, the central bank of Turkey etc. Only the Bank of Canada hasn’t done so and until a few weeks ago, most analysts were expecting a rate cut from them soon, with odds leaning towards the September meeting. But the economic data has shown a considerable improvement in the Canadian economy, so that’s not so sure now. Below are the economic figures released this month.

As you can see, most of the numbers are positive. The unemployment rate did increase to 5.7%, but that’s not too high; the manufacturing sales declined but it comes after a strong increase in the previous month. The Ivey PMI which shows the broader picture of the economy increased away from stagnation. Non-farm employment grew pretty strongly in the last reading, CPI (consumer price index) inflation is at decent levels and it increased further in Q2.

Reading further below, the economy increased by 3.7% in Q2 which is the fastest pace in two years, corporate profits also made a strong comeback in Q2, increasing by 5.2%, while exports increased by a massive 13.4%, which is the strongest rise since 2014. These are some really decent numbers and they are a bit surprising considering that the rest of the globe is still weakening.

So, if the Bank of Canada didn’t cut in the last meeting why should they cut next month? They don’t really have much reason to cut rates this time. They would rather save the bullets they have for when things get tougher, since the trade was keeps escalating despite softer tones now and again from US and China. This should keep the CAD bullish, but Crude Oil has its say as well in CAD pairs, so we have to watch crude Oil in the coming weeks to trade the CAD. Although, I expect the CAD to be definitely less dovish even if Oil falls further. If Oil climbs, then it should stay bullish as well.

The Bullish Trend in Danger for GBP/USD, After UK Retail Sales Turn Negative in May
5 hours ago