WTI Crude Oil Slips Over Trade War – What to Expect Next? - Forex News by FX Leaders

WTI Crude Oil Slips Over Trade War – What to Expect Next?

During the early Asian session, WTI crude oil prices dropped amid additional tariffs on both the United States and China trade conflict and increased concerns regarding an additional hit to global growth and lower demand for crude.
Over the weekend, the United States and China trade war escalated further after the United States slapped additional tariffs of 15% on Chinese goods such as footwear and smartwatches.
Besides, United States President Donald Trump tweeted importers can find suppliers from anywhere other than China. In addition, Trump stated, “we don’t want to be servants to the Dragon nation, China”. He also said there is no reason to buy everything from China. With this, the demand for crude oil slipped amid a renewed trade war between the two biggest nations.
On the technical front, crude oil is facing resistance around 50 and 100 periods EMA at 55 and 55.50 area. Below this, we may experience a slight sell-off until 53.10.
A bullish breakout of 55.5 is likely to extend buying until 56. On the lower side, support prevails at 53.10. 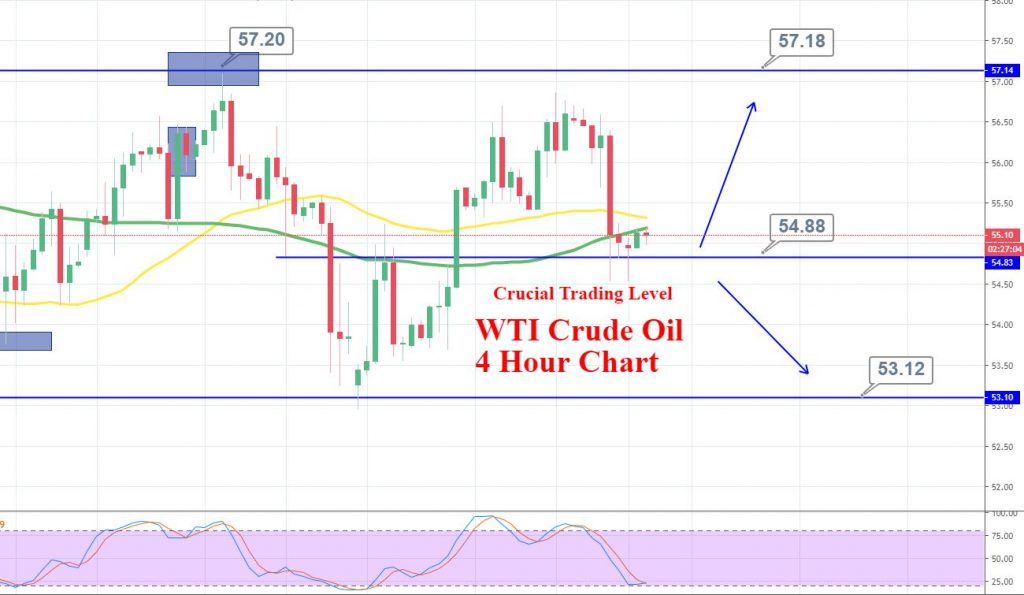