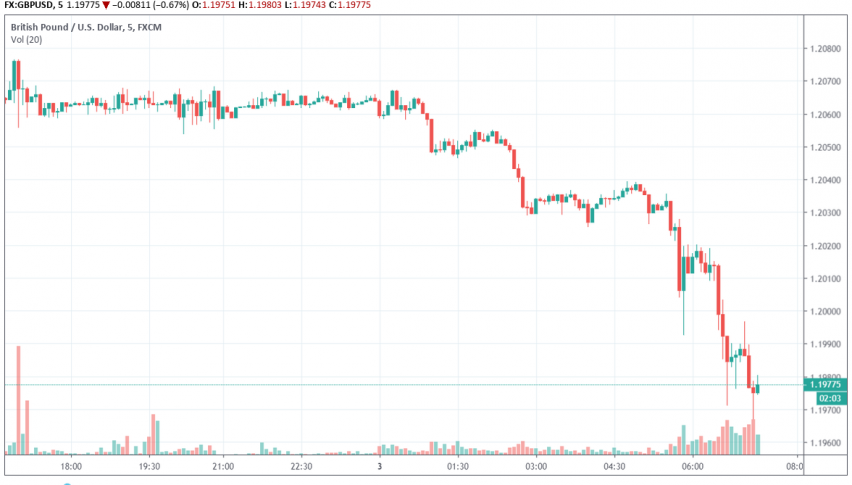 GBP/USD Falls Below 1.20 in Wait of Brexit-Driven Political Crisis

GBP/USD has fallen below 1.20 on Tuesday, the lowest levels since October 2016 as all the focus shifts to the escalating political crisis surrounding Brexit. At the time of writing, GBP/USD is trading at around 1.197.

There’s also a looming possibility of the UK being forced into early general elections. If the vote passes, Johnson could force general elections as early as October 14. However, the vote can only pass if it enjoys a two-thirds majority, a scenario which is possible only if rebel members of the Conservative Party support this move.

Rising political risks and growing concerns about the UK exiting the Union without a deal in place are exerting immense pressure on the Sterling and on UK’s economy. Markets fear that leaving without a deal could push the economy into recession and have adverse long-term impact on economic growth.