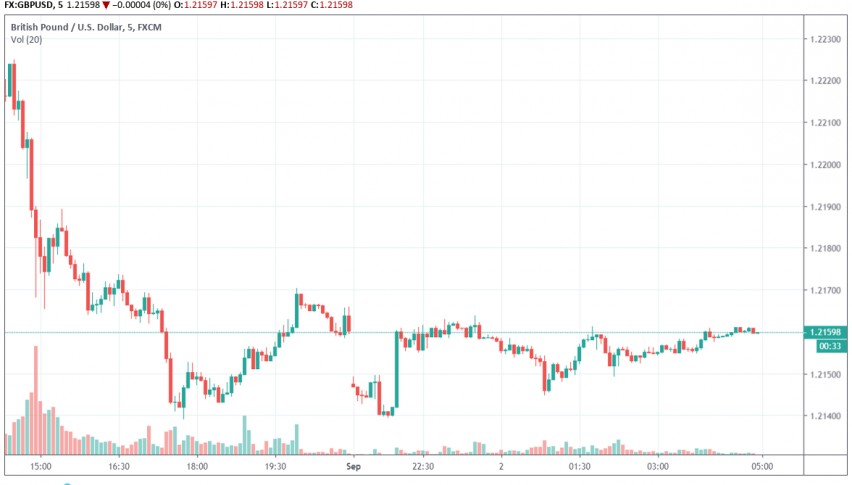 Early on Monday, the Pound is trading mostly steady against the US dollar as investors adopt a wait and watch approach towards latest Brexit developments. At the time of writing, GBP/USD is trading at around 1.215.

Even as the main opposition party in Britain, the Labour Party, vows to do all that it can to stop a no-deal Brexit, the UK government has unveiled a public information campaign to “Get Ready for Brexit“. The campaign was launched on Sunday, and will include billboard and social media ads as well as TV campaigns to generate greater awareness among the citizens on how to prepare for Brexit. The £100m ad campaign will urge citizens to contact relevant government departments to get their queries answered on the impact of Brexit.

Meanwhile, Labour leader Jeremy Corbyn is due to speak on Monday about how his party will try its best to prevent a hard Brexit outcome when Parliament reconvenes on September 9. In an interview with The Sunday Times, Corbyn stated that it was time for lawmakers had to choose sides – either to plunge the country into chaos by scrubbing the democratic verdict of people or those who “wanted to get on with it”.