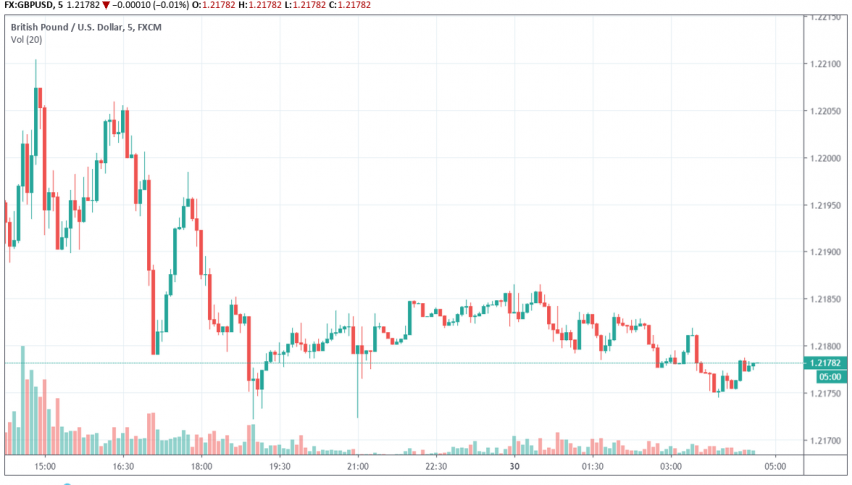 GBP/USD Falls Below 1.22 After BoJo Decides to Prorogue Parliament

After weakening and falling below the 1.22 level, the Pound is trading steady against the US dollar on Friday. At the time of writing, GBP/USD is trading at around 1.217 following UK PM Boris Johnson’s decision to prorogue the Parliament before Brexit.

On Wednesday, Queen Elizabeth approved Johnson’s plan to suspend parliament for a month starting in mid-September. Even as lawmakers and critics accuse the UK government of taking an undemocratic step, the Pound turned bearish over increasing worries about a no-deal Brexit scenario.

After gaining some strength over the past few days as a result of optimism that opposition was trying to stop a hard Brexit, this latest move brings back a higher likelihood of Britain leaving the EU on October 31 without a deal in place. There may still be some hope for the UK as the government confirmed its plans to negotiate with the EU for a possible better deal in the coming weeks.

Forex & Commodities Trading Levels to Watch on Thursday
20 mins ago

What to Expect From the BOE on Thursday
18 hours ago