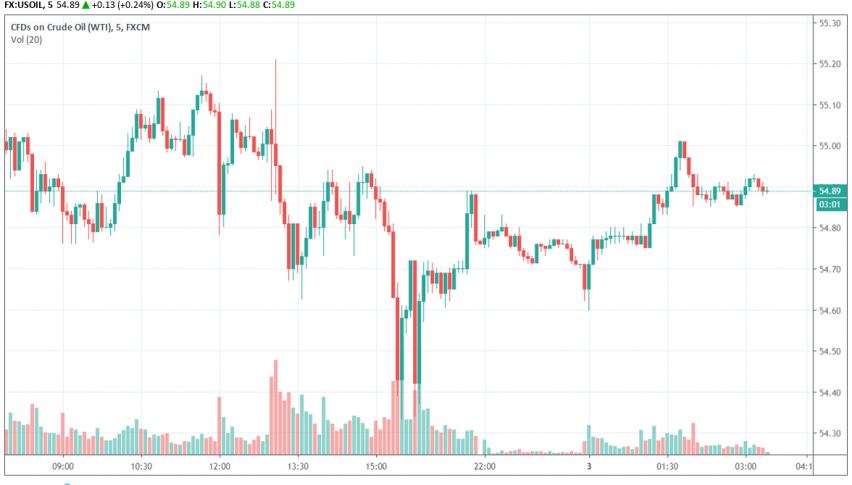 Early on Tuesday, WTI crude oil prices continue to trade under pressure over concerns about the trade war and its spillover effect on economic growth, especially in emerging economies. At the time of writing, WTI crude oil is trading at around $54.89 per barrel.

On September 1, the latest round of tariffs imposed by the US on Chinese goods came into effect, further escalating trade tensions between the two countries. Crude oil turned bearish after South Korea’s Q2 economic growth came in less than expected over falling exports to China.

On Sunday, Argentina imposed currency control measures to support its economy and weakening peso, adding to worries about the impact of the trade war on emerging economies. In addition, oil output from OPEC climbed higher for the first time this year in August as Iraq and Nigeria increased their production, offsetting production curbs by Saudi Arabia.