Gold Trades Steady, Supported by Weak Manufacturing Data From the US - Forex News by FX Leaders 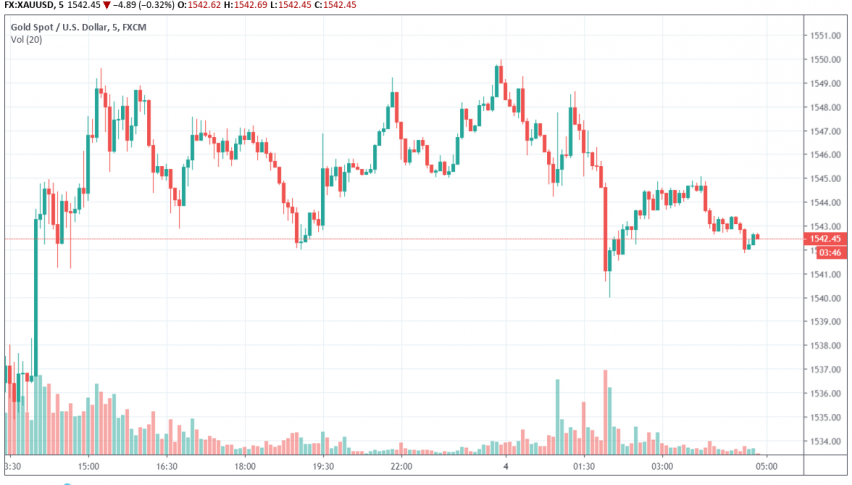 Gold Trades Steady, Supported by Weak Manufacturing Data From the US

Gold prices are trading steady on Wednesday following the release of a weak manufacturing report from the US, further reinforcing concerns of a possible slowdown in global economy. At the time of writing, GOLD is trading at a little above $1,542.

Trade tensions and the ongoing trade dispute with China have caused the manufacturing sector in the US to contract for the first time in three years, with the ISM PMI dipping to 49.1 in August and new orders sliding to 47.2 in August from 50.8 in July.

This latest economic data release has the markets almost completely certain that the Federal Reserve would cut interest rates by 0.25% in its upcoming meeting later this month. On Tuesday, St. Louis Fed President James Bullard remarked in an interview that he anticipated that the US central bank should cut rates by 0.50% to support the US economy amid rising trade tensions.

In addition, the ECB is also widely expected to roll out a stimulus package and possibly even cut rates to support the Eurozone economy. When central banks turn dovish, gold’s safe haven appeal rises and keeps gold prices supported.