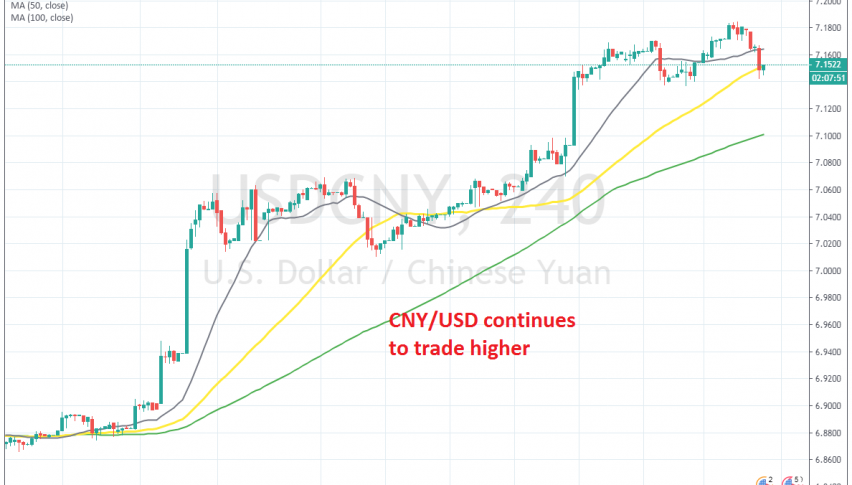 The 7 level has turned into support now

USD/CNY used to trade in a range between 6 and 7, with 7 being a long term resistance level. But, that level was finally broken at the beginning of August after Donald Trump announced an increase in tariffs on Chinese products by an additional 5%.

The trend has been bullish since then and this pair continues to make new highs. The Chinese officials made a few comments a while ago which will likely keep the CNY down and this pair moving higher.

So, more rate cuts to come from the Chinese authorities. There goes another reason for Donald Trump to take a shot at the FED. All major central banks have turned dovish and have eased the monetary policy, apart from the Bank of Canda. The Bank of England is in a wait-and-see mode for Brexit.

China promised not to play with the Yuan in this trade war, but it seems that they have given up and are using anything they can now.