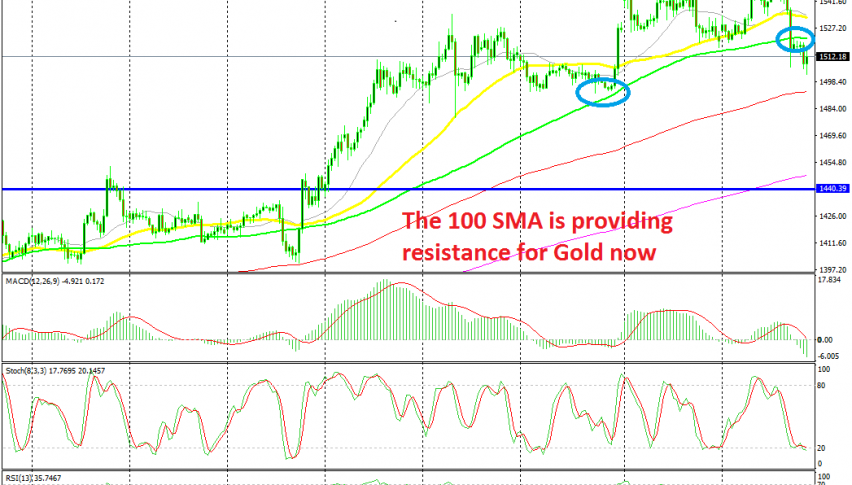 GOLD has been on a bullish trend for more than a year and the trend kept getting stronger, particularly in recent months, as the sentiment kept deteriorating in financial markets. The trade war has been escalating and the global economy has weakened and, as a result, Gold has benefited greatly as the ultimate safe haven.

But, the sentiment has turned positive this week as China has softened tones regarding the trade war. We can see from the H4 chart in Gold that during the uptrend, moving averages have been providing support on pullbacks and pushed the trend higher, especially in the last few months.

But, Gold broke below the 50 SMA (yellow) and the 100 simple MA (green). The 100 SMA turned into resistance today after being broken yesterday. When moving averages turn from support into resistance, it is a sign that the pressure is now on the downside. So, for now we won’t try to go long on Gold until moving averages turn into support again, unless the US employment report comes out pretty bad.