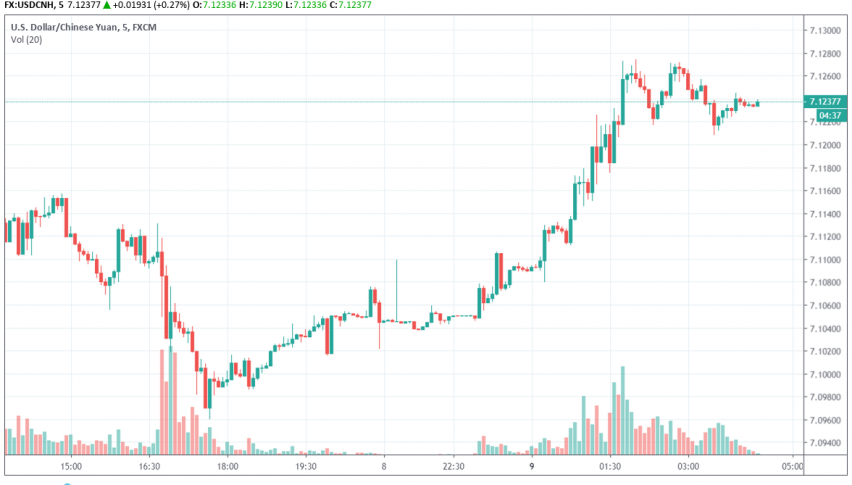 The trade war continues to exert pressure on the Chinese economy, with exports from China witnessing a sharp decline, especially to the US. In August, China’s exports declined 1% YoY, the sharpest decline seen since June, instead of a rise in exports that economists had forecast.

China’s exports to the United States declined by 16% YoY during August, a sharper fall than the 6.5% seen in July. As the trade war escalates, China’s imports from the US have also slid lower by 22.4% during August.

Despite the Chinese yuan weakening beyond the key level of 7 against the US dollar, exports from China haven’t picked up and made the most of this depreciation. This reveals that overseas demand has slowed down, and with the US and China inflicting more tariffs on each other, demand could also get worse.

Meanwhile, at the start of a new trading week, USD/CNH is trading somewhat bullish after having risen higher to 7.123 at the time of writing.