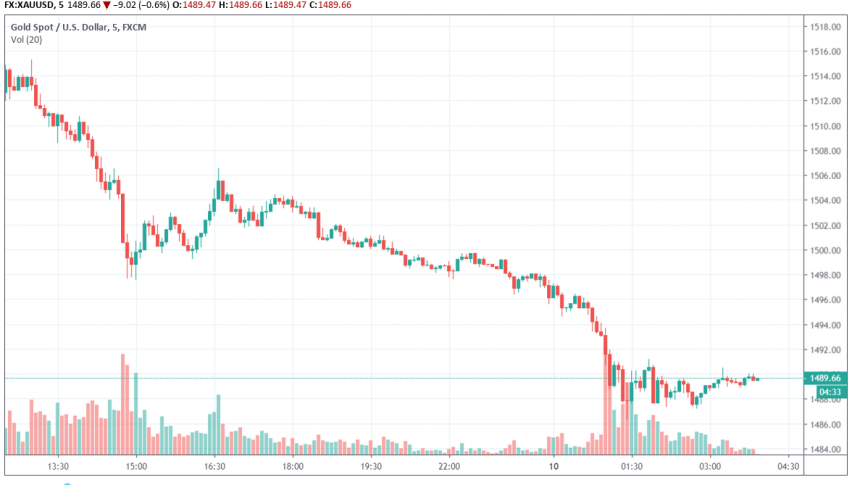 On Tuesday, Gold continues to trade weakly after slipping below the key $1,500 level during the previous trading session. At the time of writing, GOLD is trading at a little above $1,490.

Gold prices declined as US bond yields rose higher and the market sentiment improved over the latest developments on the trade war and on Brexit. The risk-on sentiment is back over increased expectations of central banks turning dovish in the near future to support their respective economies, with special focus on ECB and the Federal Reserve. Markets are widely anticipating that the ECB and the Fed could announce rate cuts in their upcoming meetings this month.

On Monday, the UK passed a law to block the government from forcing a no-deal Brexit, which has also helped improve the sentiment considerably. A hard Brexit without a deal would have long-term consequences on the British economy and currency. However, this new law blocks such a scenario, reducing the risks of Brexit for now.

However, with no firm plans for Brexit yet and with the US-China trade war still continuing, gold is expected to resume its uptrend shortly. If central banks cut interest rates, it will further boost gold’s safe haven appeal in the coming days.