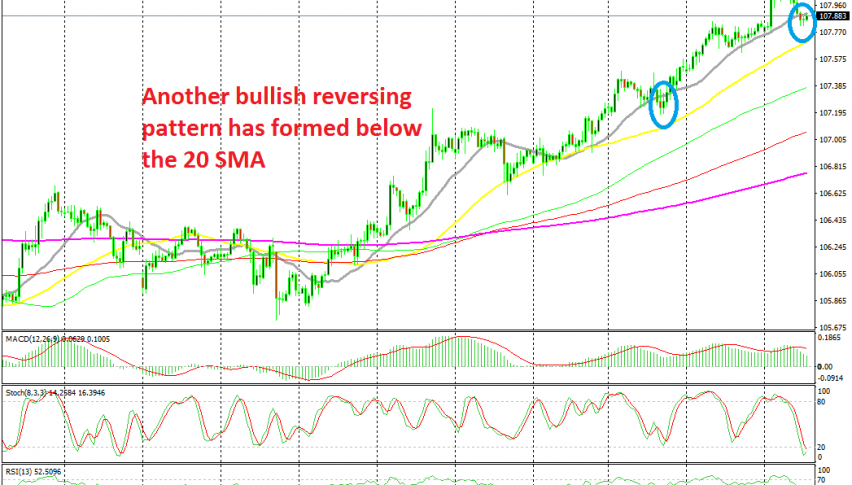 On Tuesday, we opened a buy signal in USD/JPY when this pair was retracing lower. USD/JPY has been on a bearish trend in recent months, but at the middle of last week it reversed to bullish, as the sentiment improved in financial markets.

The previous candlestick closed as a doji which is a bullish reversing signal after the pullback, so we decided to go long on this pair. Stochastic is already oversold on the H1 time-frame chart, so the pullback is complete. Now let’s wait for the bullish trend to resume again.