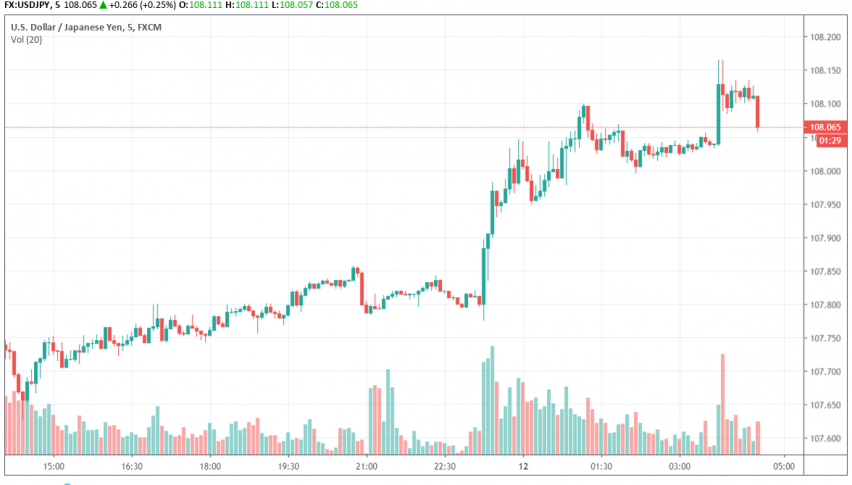 US Dollar Trades at Six-Week High Against the Japanese Yen

The US dollar surged to a six-week high against the Japanese yen as the market sentiment received a boost from the latest developments in the US-China trade war. At the time of writing, USD/JPY is trading at 108.06.

The Japanese yen turned bearish after US and China put off tariff hikes on each other’s imports as a goodwill gesture ahead of their upcoming meeting in October. Markets are trading optimistic that both sides appear serious about working towards resolving their trade dispute and finalizing a trade deal.

The Japanese yen also turned bearish after machinery orders in Japan declined during July over the ongoing trade war. According to data released by the Cabinet Office earlier today, machine orders declined by 6.6% MoM in July 2019 vs. a 13.9% rise seen in June, although it was better than the 9.9% decline economists had previously forecast.