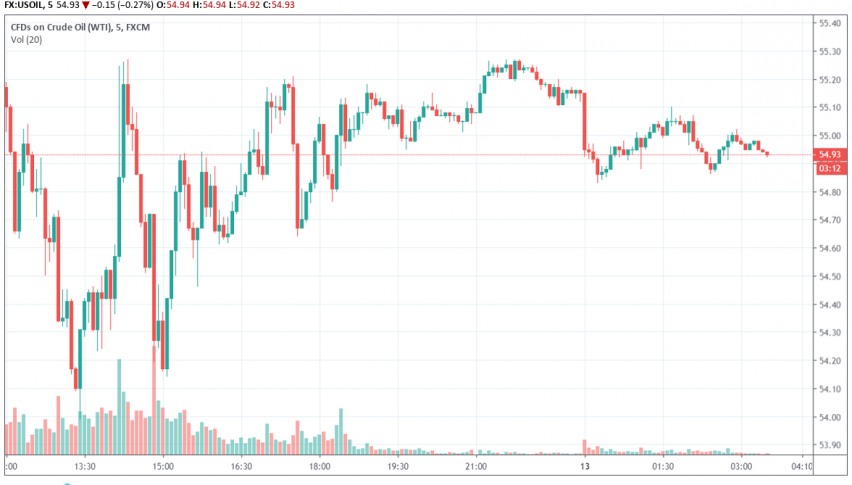 WTI crude oil prices slipped lower on Friday despite encouraging comments from OPEC producers to curb crude production as the US-China trade war continues to weigh on oil demand. At the time of writing, WTI crude oil is trading at around $54.93 per barrel.

Even though recent assurances from the US and China to put off additional tariff hikes before their meeting in October helped improve the mood in the markets slightly, there is still concern that the resolution of the trade war could take more time. According to a recent Reuters poll, almost 80% of economists expect the situation to continue this way or get worse by the end of 2020.

Economists polled also anticipate a 45% likelihood of a recession in the US economy within the next two years, while the possibility of a recession within the next year stood at 30%. These responses served to upset the sentiment in oil markets despite reassurances from OPEC countries to prevent an oil glut. During the meeting on Thursday, OPEC producers committed to ensuring that all countries complied with the crude production cut of 1.2 million bpd in the face of weakening demand.