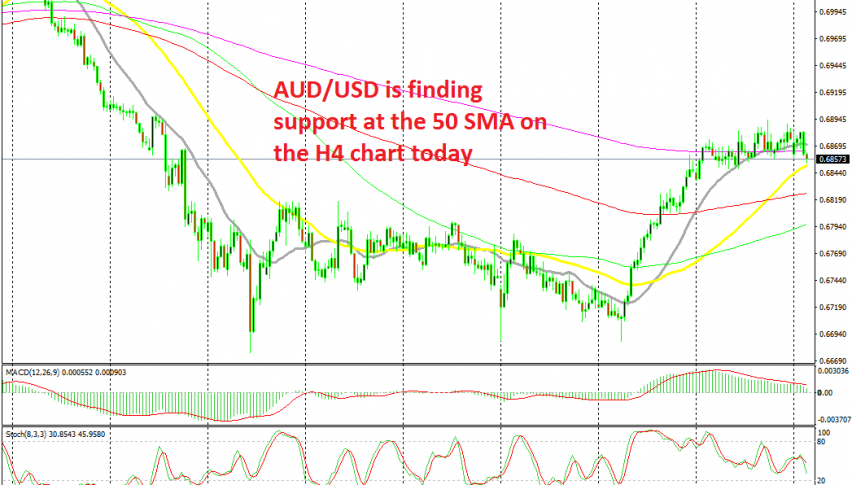 Buying the Pullback on AUD/USD at the 50 SMA

The retrace lower is almost complete

Commodity currencies turned pretty bearish at the second half of July, with AUD/USD losing around 400 pips. But, during most of August this pair traded sideways. Moving averages such as the 20 SMA (grey) and the 50 SMA (yellow) were providing resistance during the downtrend.

In the first week of this month though, the trend changed to bullish and commodity Dollars made quite a climb as the market sentiment improved on softer tones from US and China on trade. Last week, AUD/USD traded in a very tight range again.

During that time, the 20 SMA turned from resistance into support, pushing the lows higher. Today though, the price opened with a bearish gap lower, following the attacks on Saudi Arabia Oil production facilities. This pair moved higher in the Asian session, but it has turned bearish again in the last several hours. Although, the 50 SMA seems to have turned into support now on the H4 chart.

The price kissed the 50 SMA briefly earlier on, but is retreating back up. This looked like a good opportunity to buy, so we did. The trend is still pretty bullish and the sentiment has improved in the last several hours again, so we’re long on this pair now and it seems like it is starting to reverse higher now.