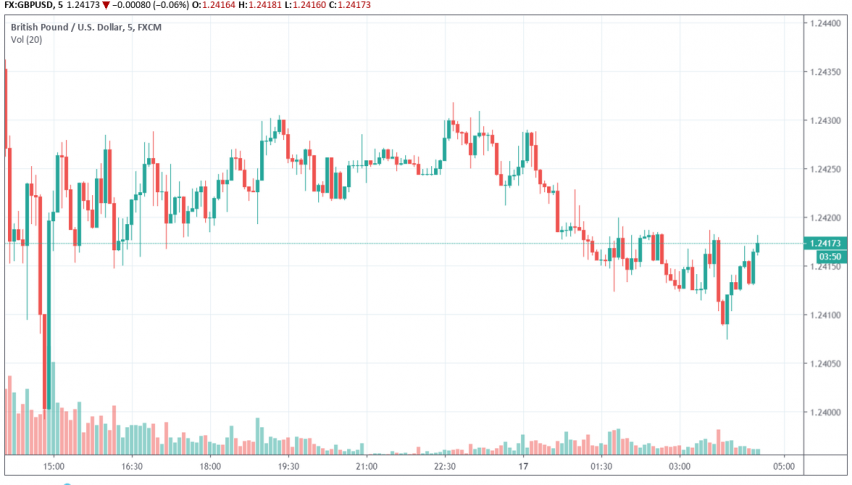 Pound Sees a Slight Dip After EU-UK Meeting on Brexit

Early on Tuesday, the Pound is trading a little lower against the US dollar, but still holding on above the 1.24 level. At the time of writing, GBP/USD is trading at around 1.241.

The dip lower was driven by the widening gap between Britain’s and EU’s positions on Brexit, driving further uncertainties on the overall process of Britain’s exit from the European Union. On Monday, Luxembourg PM Xavier Bettel remarked that UK PM Boris Johnson had not proposed any worthwhile alternatives to the current withdrawal agreement at his meeting with European Commission President Juncker.

Johnson failed to offer any comments to the media after his meeting, exiting amid anti-Brexit protests outside the venue. So far, the Sterling continues to trade somewhat strong over expectations of a reduced likelihood of a no-deal Brexit. However, there are still no concrete development on how and when Brexit will actually occur.

The EU is still keen on working out a deal with Britain before its departure from the Union. However, Johnson continues to insist on the removal of the Irish backstop from the present Brexit deal without suggesting any serious alternatives that can be considered.