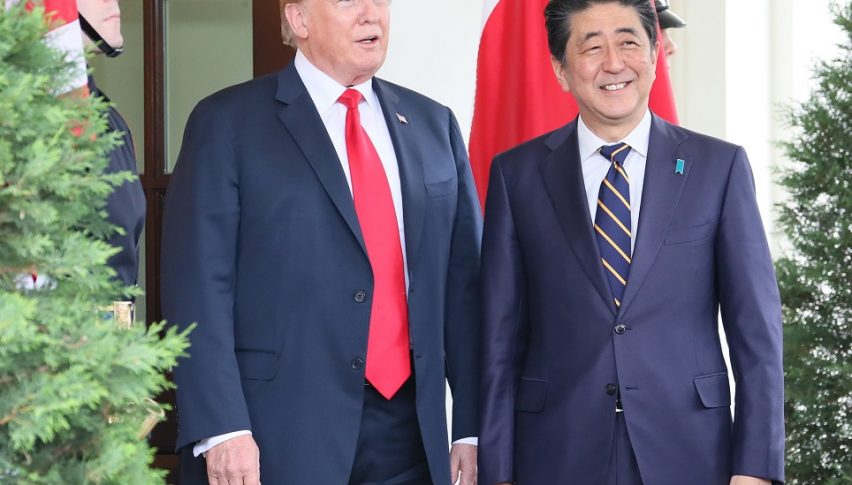 On Monday, President Trump confirmed that the US and Japan have arrived at initial trade agreements that do not require congressional approval. Trump addressed a letter to the US Congress in which he stated his intentions to enter into trade agreements with Japan under the “last track” approval process without a vote from Congress.

The trade agreements will detail tariff deals between the two countries and also cover the issue of digital trade between them. In August, Trump and the Japanese PM Shinz0 Abe had hinted at the upcoming trade deal and how it included provisions for reduced tariffs on agricultural and industrial goods, but excluded automobiles.

This “initial” trade deal is expected to be signed by both leaders in the coming weeks, possibly during Abe’s visit to the US later this month. Earlier today, we also heard from the Japanese Finance Minister Taro Aso on the trade deal, who expressed hope that the trade deal could be finalized within this month.

While addressing the media, Aso also confirmed that the trade deal will not include ‘currency provision’, a concern aimed at rectifying devaluation of currency to maintain competitive advantage in international trade.

Arslan Butt // Index & Commodity Analyst
Arslan Butt is our Lead Commodities and Indices Analyst. Arslan is a professional market analyst and day trader. He holds an MBA in Behavioral Finance and is working towards his Ph.D. Before joining FX Leaders Arslan served as a senior analyst in a major brokerage firm. Arslan is also an experienced instructor and public speaker.
Related Articles
BOJ's Kuroda Sends the USD/JPY Popping Above 106, After Confirming That They Will Keep Buying Bonds
USD/JPY has moved higher on Kuroda's comments today
4 hours ago