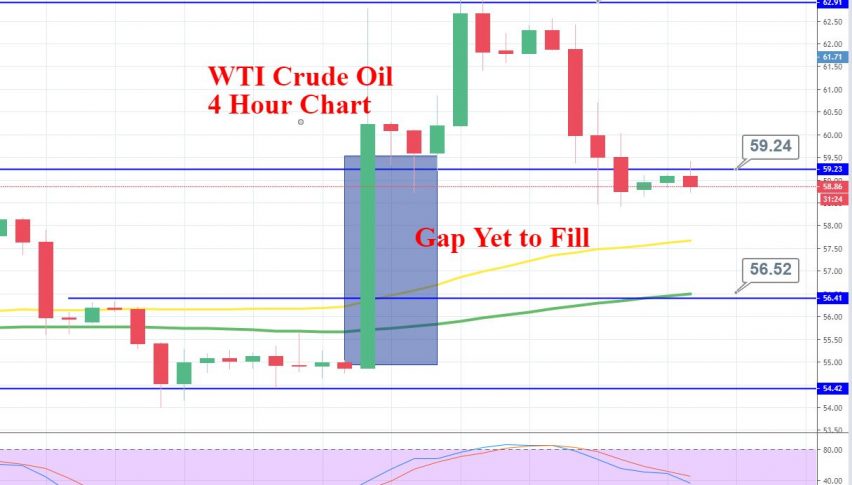 WTI crude oil prices dropped after the statement from the energy minister that Saudi Arabia is recovering losses very fast from the attack they had on Saturday. As a result, around 5% of global oil supply got hurt. Saudi Arabia is expecting to recover fully by month-end.
Since investors had priced in the crude oil’s supply destruction due to the attack, the market fell right after this fresh news, triggering a 0.4% drop in oil prices. It’s trading around $58.87 by the time of covering this update.
Saudi Energy Minister Prince Abdulaziz bin Salman said during the press conference last night that it will recover all loss till the end of September.

Meanwhile, another statement came from the State-owned Aramco CEO Amin Nasser that total capacity of 2 million barrels per day would return in late-November.

As per the American Petroleum Institute, the United States inventories increased by about 600,000 barrels last week vs. a decline by 7.2 million barrels the week before. 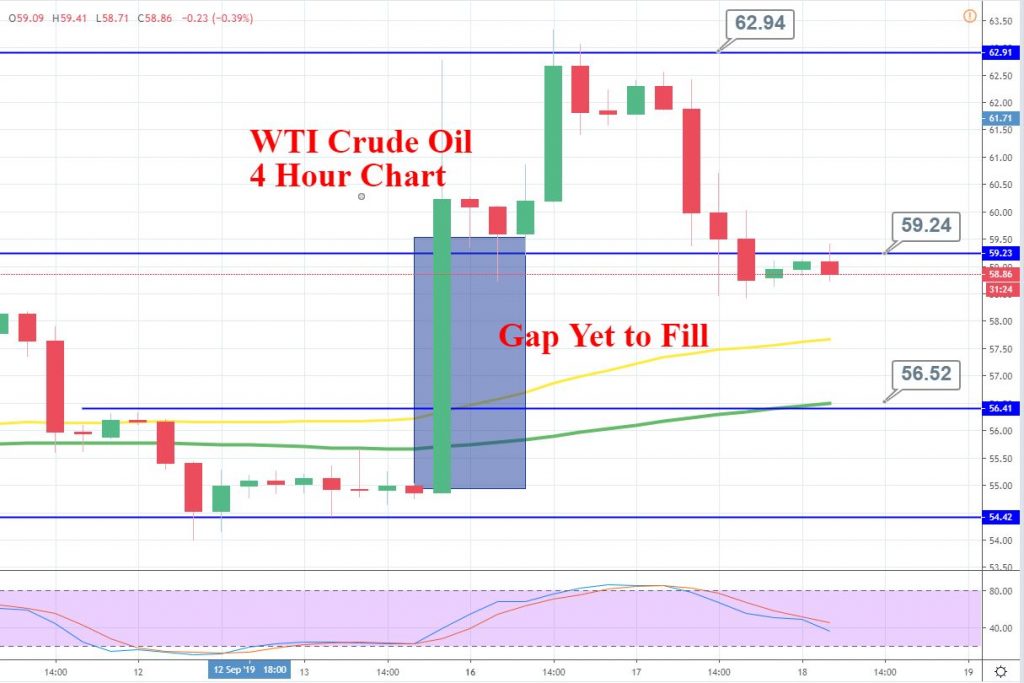 Crude oil is facing strong resistance at 59.24 area, and the same level was working as a support during the Asian session. Looks like, the market is likely to take a sharp bearish turn to fill the gap which it made on Monday.
The RSI is leading lower, signaling bearish bias among traders. The violation of 58.50 area can trigger a sharp sell-off in the crude oil prices, and they may fall until 55 area today and tomorrow.

Since crude oil has knocked us out of bullish trade, we may now look for a sell trade on the violation of 58.50 level with a take profit of around 56 and 55.50.