The EIA announced that US crude oil stockpiles increased by 1.06 million barrels in the week ending 13 September, against the expectation of 2.5 million barrels.

I had seen limited losses today on Saudi Arabia situation, even though it seemed like that the United States President Donald Trump hesitant to call for a military strike against Iran when he gave orders to the Treasury Department to increase sanctions on the country substantially.

Moreover, Saudi Arabia promised to recover all outputs later in the month; additionally, it has managed to recover supplies through pulling from its oil storage inventories.

Meanwhile, Energy Minister Abdulaziz bin Salman also confirmed that the energy industry got affected badly but compared with the pre-attacks level it has recovered enough and would further restore by November.

Crude oil is facing strong resistance at 59.24 area, and the same level was working as a support during the Asian session. Looks like the market is likely to take a sharp bearish turn to fill the gap which it made on Monday.

The RSI is leading lower, signaling bearish bias among traders. The violation of 58.50 area can trigger a sharp sell-off in the crude oil prices, and they may fall until 55 area today and tomorrow.

Since crude oil has knocked us out of bullish trade, we may now look for a sell trade on the violation of 58.50 level with a take profit of around 56 and 55.50. 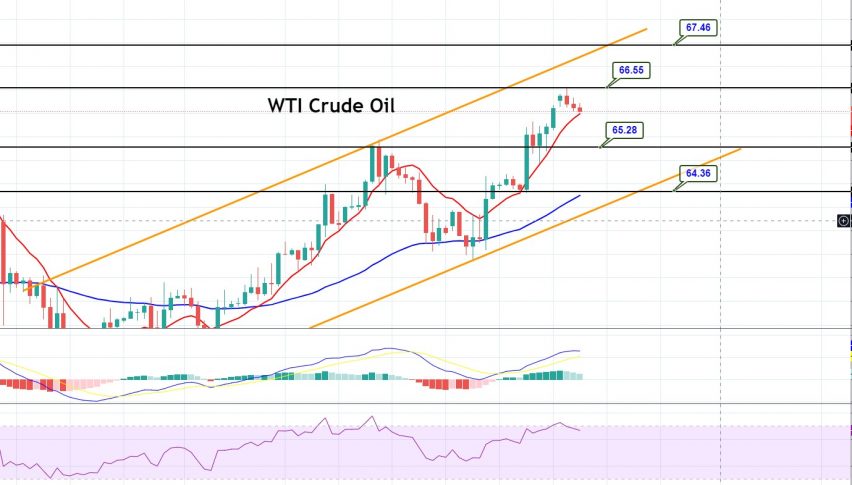