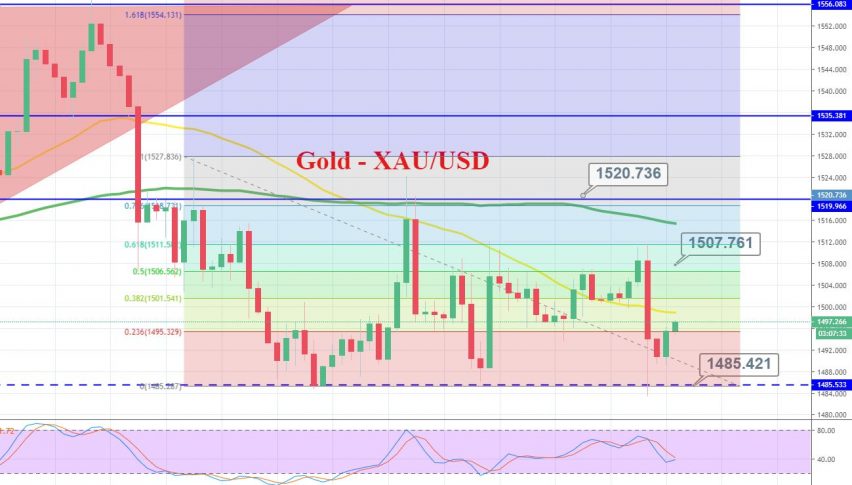 The safe-haven metal prices slipped after the United States Federal Reserve monetary policy meeting. Gold placed a low of around 1,485 as investors priced out the sentiments of a December rate hike.

President Donald Trump tweeted after the rate cut and said the Federal Reserve has failed to deliver. Moreover, the continuing trade war with China and slowing global economic growth will affect the United States economy.

“Jay Powell and the Federal Reserve Fail Again. No ‘guts,’ no sense, no vision! A terrible communicator!”

The US dollar index that often moves in the direction which is opposite to gold, initially increased after the Feral Reserve statement, but is currently flashing red, ultimately driving a bullish trend in gold.

Gold is still maintaining its lower range of 1,485, which is now working as a healthy support level.

Closing of reversal candle above this support zone is suggesting bullish trade opportunity. On the upper side, gold has a probability of going after the 1,500 level.

The RSI and Stochastics are turning into the bullish zone and crossing over 50 levels, suggesting odds of a bullish reversal in gold.

The 50 periods EMA, the one in yellow, may cause resistance at 1,500 level today. 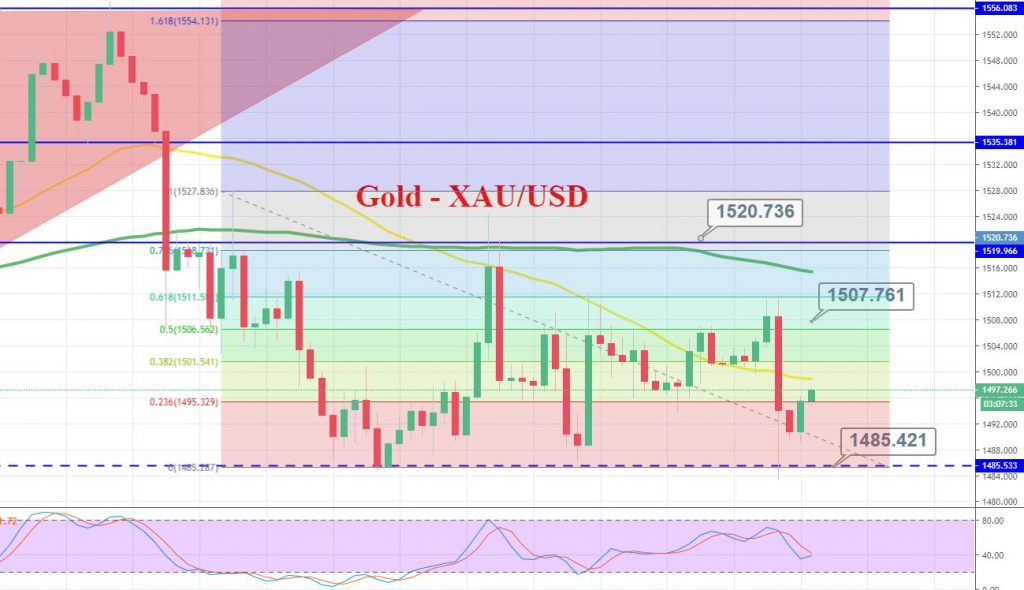