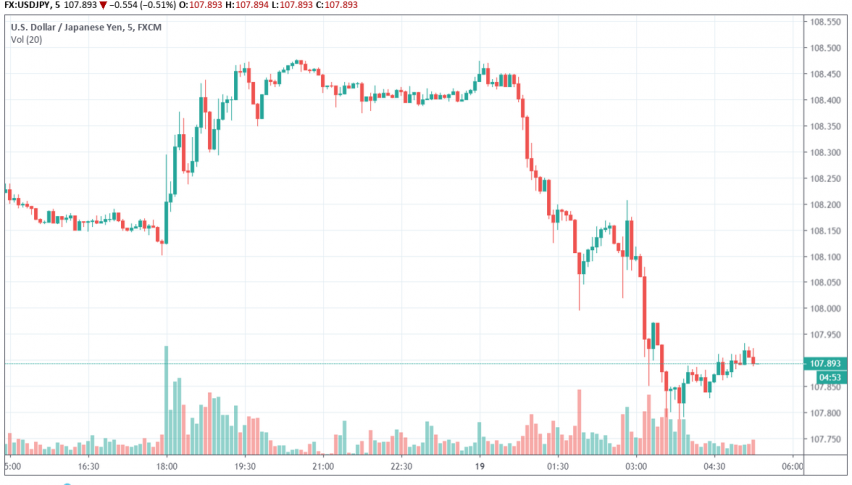 The Japanese yen is trading higher following the BOJ’s decision to keep its monetary policy on hold despite signs of weakness in the economy. At the time of writing, USD/JPY is trading at around 107.89.

Although the Bank of Japan left its monetary policy unchanged in its meeting earlier today, it has called for a review next month based on prices and the state of the economy. The ongoing US-China trade war has exerted significant pressure on Japan’s export-oriented economy lately as China is one its most important trading partners.

The BOJ cautioned against the possibility of missing the 2% inflation target it has set in the face of growing external risks. Other leading central banks, including the ECB and the Fed, have turned more dovish in recent times, but Japan is holding off as its monetary policy is already quite loose.

Nearly half the economists polled had expected further easing either this month or during October. Markets are still expecting Japan’s central bank to tweak its monetary policy and possibly announce more stimulus measures in the near future.

At 0.6%, inflation continues to remain weak and far below the 2% target. Meanwhile, exports have been declining for several months on account of the trade war as well as the dispute between Japan and South Korea. Markets are also anticipating a decline in domestic demand next month after the sales tax hike from 8% to 10% is implemented by the government.