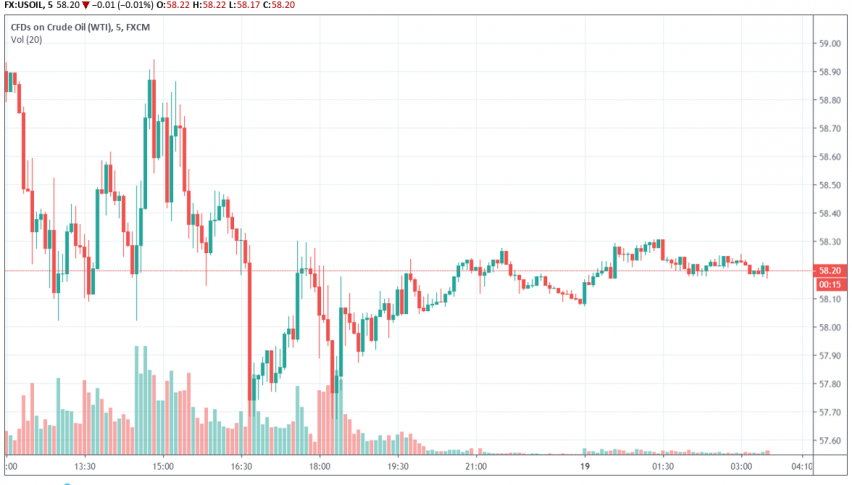 WTI crude oil appears to have shaken off the effect of the drone attacks on Aramco’s oil facilities over the weekend, recovering slightly after a sharp dip lower. At the time of writing, WTI crude oil is trading at around $58.20 per barrel.

Saudi Arabia assured markets that it will resume normal levels of crude production by the end of the month, after over 50% of its supply was disrupted by the attacks. This caused crude oil to slip by 2% during the previous trading day.

The EIA report released on Wednesday revealed that crude inventories in the US climbed 1.1 million barrels higher last week, significantly different from expectations which were for a 2.5 million barrel decline. Since the release of the EIA report and Saudi Arabia’s reassurances, crude oil prices have been steady, however, there is still uncertainty on a possible retaliation for the attacks by Saudi Arabia and the US.