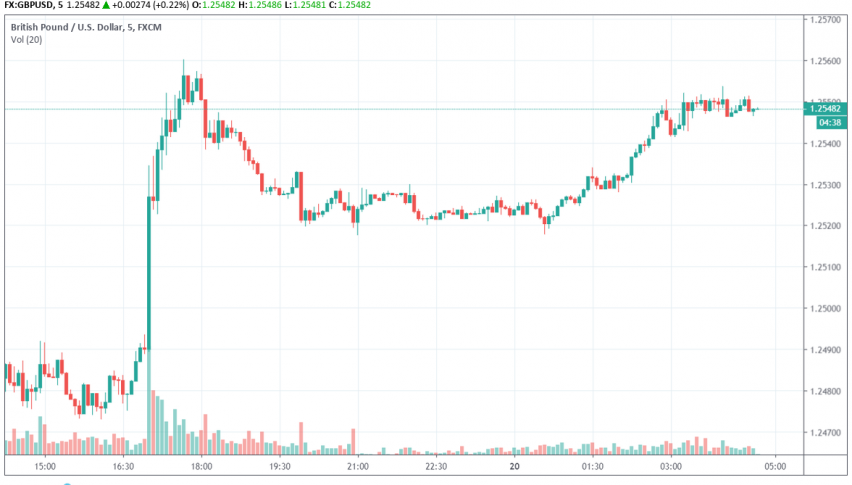 The Pound is trading strong after hitting a two-month high against the US dollar on Thursday, over latest comments from European Commission President Juncker. At the time of writing, GBP/USD is trading at around 1.254.

Juncker commented on Thursday that a no-deal Brexit scenario would be catastrophic and that he will do everything possible to get a deal in time before Britain leaves the EU. Juncker made these comments during an interview with Sky News, adding, “I think we can have a deal. I am doing everything to have a deal because I don’t like the idea of a no-deal because I think this would have catastrophic consequences for at least one year”.

Juncker also remarked that he had asked UK PM Boris Johnson to come up with concrete proposals for alternatives to the Irish backstop, and also mentioned that he could consider removal of the backstop if all objectives are met by the alternatives Johnson puts up. For the Pound, which has been trading higher over the past few weeks on a reduced risk of a no-deal Brexit, this was one of the most promising developments so far, helping it surge higher.