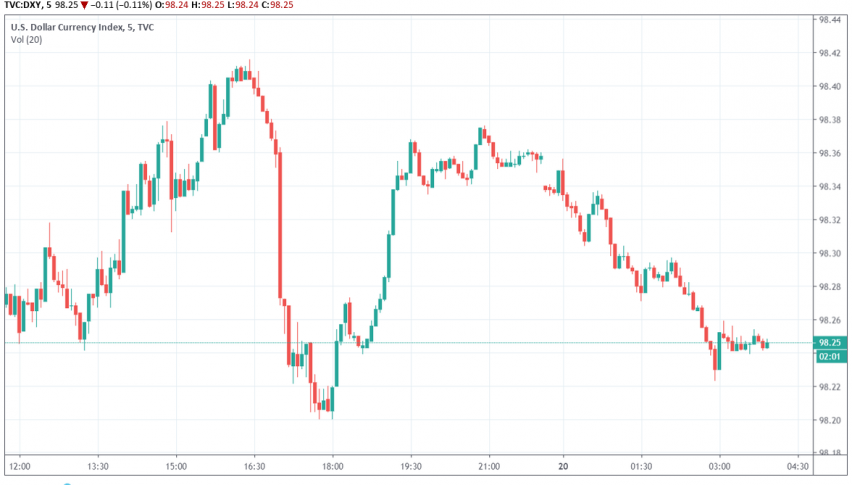 US Dollar Weakens as Other Central Banks Avoid Cutting Rates

The US dollar edged lower on Friday after the optimism over a not-too-dovish Fed waned, with other central banks like the BOJ, BOE and the SNB failing to follow suit with rate cuts like the Fed. At the time of writing, the US dollar index DXY is trading at around 98.25.

The US-China trade war is back in focus as deputy-level talks began in Washington on Thursday, causing traders to remain cautious about entering new positions in the dollar. On Wednesday, the Fed had announced a 25 bp rate cut, but this was mostly priced in by markets. Instead of dipping lower, the US dollar traded steady and strengthened as the US central bank came out sounding less dovish and pessimistic about the US economy than markets feared.

However, what worked against the dollar on Thursday were the monetary policy decisions of the BOJ, BOE and SNB. All three central banks chose to keep their interest rates and policies steady despite escalating overseas risks and weakening in the global economy.

In addition, traders await cautiously for positive developments on the latest round of negotiations between trade teams of the US and China. Deputy-level talks are underway before the high-level talks scheduled for October.