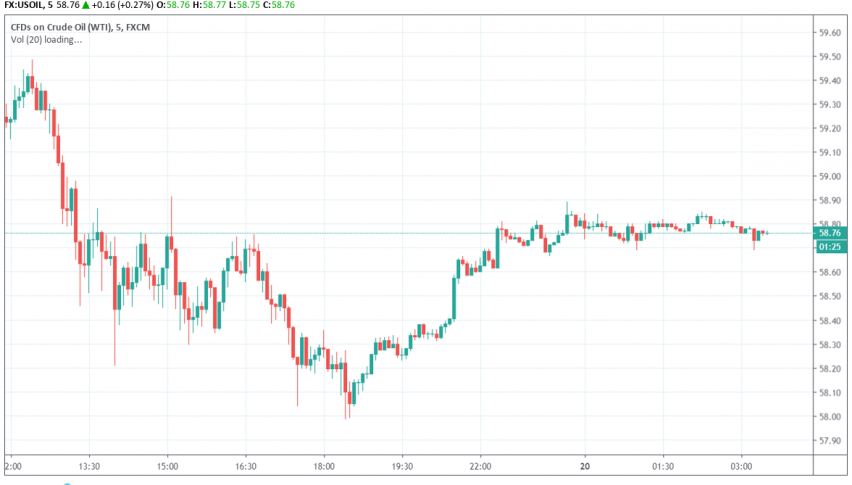 WTI Crude Oil Set for Biggest Weekly Gain of Over 7%

WTI crude oil is making some gains in early trading on Friday and is all set to make its biggest weekly gain of over 7% over rising tensions in the Middle East following the attacks on Saudi Arabia’s oil facilities. At the time of writing, WTI crude oil is trading at around $58.76 per barrel.

Crude oil rose higher after retaliatory military action by a Saudi-led coalition which included the US along with other nations from the Middle East and Europe. The coalition struck north of Yemen’s port Hodeidah on legitimate military targets, in a bid to deter Iran from heightening tensions in the region.

Over the weekend, drones had struck at Aramco’s crude processing facilities in Abqaiq and Khurais, taking down over half of Saudi’s oil output. Saudi Arabia’s oil minister has since reassured markets that the nation will be able to raise capacity to 12 million bpd by the end of November, offering some relief for oil markets.

Gold Improves, But Set to Post Worst Performance Since March 2020
16 hours ago