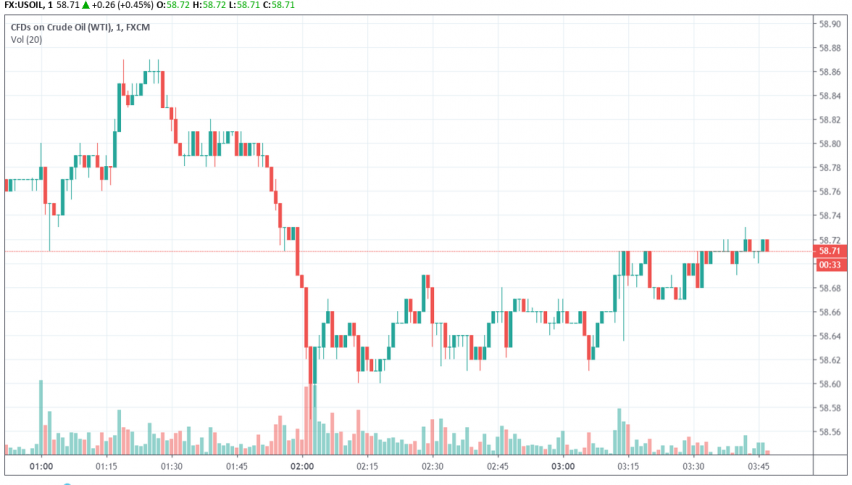 WTI crude oil has had a bullish start to the new trading week over rising concerns about potential supply disruptions in the aftermath of the attacks on Saudi Aramco’s oil facilities. At the time of writing, WTI crude oil is trading at around $58.71 per barrel.

The drone attacks had compromised over 50% of Saudi’s oil output, causing crude oil prices to surge suddenly. However, later in the week, crude prices had climbed down after Saudi’s reassurances of restoring oil supply to normal levels by the end of this month.

Crude oil prices remained supported over increasing worries of a possible retaliation by Saudi Arabia and the US against Iran over these attacks. Over the past few days, the US has increased troop deployment in the Gulf region in a bid to strengthen Saudi air and missile defences.

Gold Trades at Multi-Week High as US Dollar, Bond Yields Ease
22 hours ago