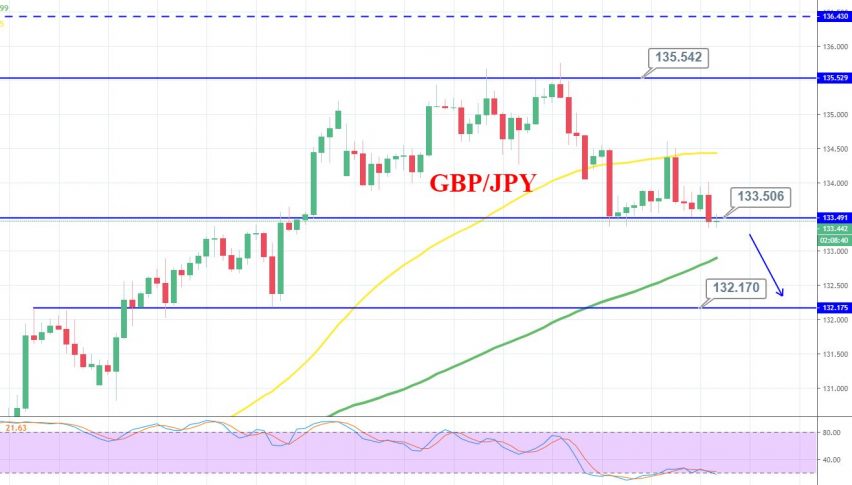 The safe-haven currency Japanese yen gained bullish momentum over a series of events triggering uncertainty in the market. Therefore, the GBP/JPY pair is trading lower at 133.490 and is about to break the double bottom support level of 133.450 area.
Most of the bearish trend is triggered over odds of impeachment inquiry against President Donald Trump. The Democrat leaders in the US House of Representatives proceeded to declare a formal impeachment hearing against President Donald Trump. It’s coming in response to rumors about US President Trump’s communications with the President of Ukraine to examine business ties of previous VP Joe Biden’s son.
Further buying in Japanese yen and gold was triggered after the US-China trade war came back to strike the market following Trump’s remarks in the UN General Assembly on China, accusing China of unfair trade practices.
Recently, the UK retail sales volumes in the year to September declined for the fifth consecutive month to -16, but this time it’s at a slower pace than the previous month. Retailers expect the contraction in sales volumes to ease further in October.

On the 4 hour chart, GBP/JPY is trading at 133.500 area, and it’s very likely to violate the double bottom support level around 133.500. Below this, GBP/JPY has the probability to go after 133. Therefore, we have opened a forex trading signal on the sell-side.
The RSI is still staying in the bearish zone, which is another reason to open a bearish forex trading signal. 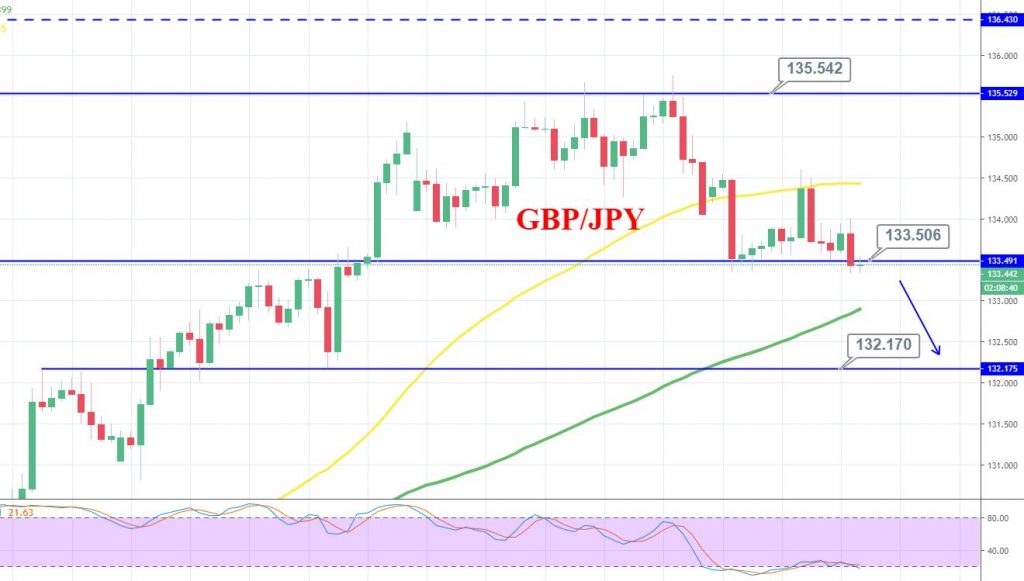 List of US Companies Releasing Earnings (EPS) Today
19 mins ago