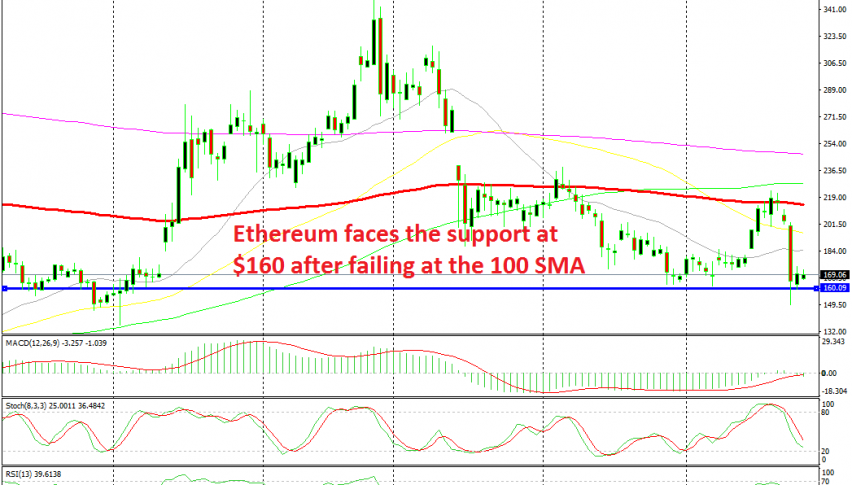 The bearish trend has resumed now

Cryptocurrencies turned really bullish in Q2 of this year. ETHEREUM climbed from around $75, when it was at the bottom at the start of this year, to $305 by the end of June, which seemed like another “gold rush”, but not as strong as the one we saw in 2017. But since then, they have been retreating lower.

BITCOIN kept forming lower highs whcih was a sign that the buyers were getting exhausted. But on the other hand, it had formed a bottom at $9,000, so it wasn’t clear if the trend had changed. Ethereum has been banging its head against the 100 SMA since the middle of July when it broke below it.

Last week we saw the third rejection as Ethereum reversed from there once again, despite having pierced it a couple of times. On Tuesday we saw a big bearish candlestick, worth around $53, which has brought the price down below $160. Now, Ethereum traders will decide whether to break the support at $160.

If they don’t soon, then we might see a bounce to the 100 SMA once again. So, this might be a good opportunity to go long, but we will see if the price will form a bullish reversing signal, because we might even see a break of the support.