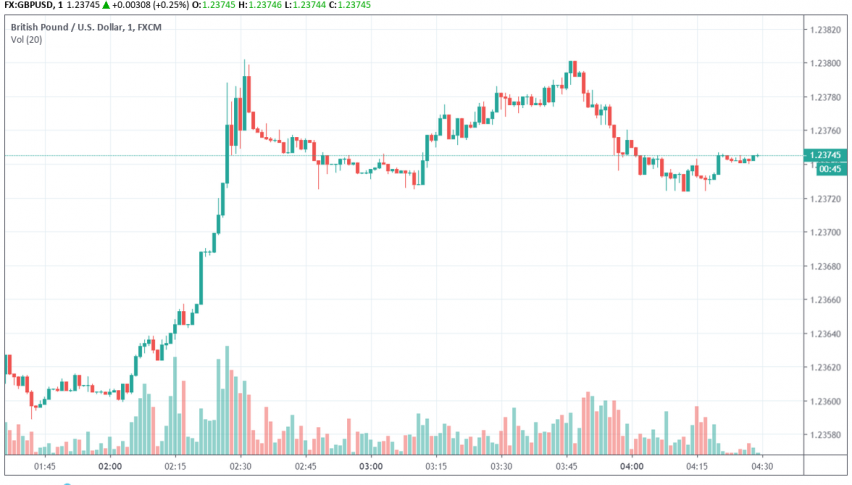 The Pound continues to trade below the 1.24 level against the US dollar after losing over 1% on Wednesday over the Supreme Court’s ruling against PM Boris Johnson. At the time of writing, GBP/USD is trading at around 1.237.

While the initial reaction to the Supreme Court’s ruling was bullish for GBP/USD, the excitement died down soon after when markets realized that Johnson will continue as PM and there have been no developments on Brexit yet. The recent weakness in the forex pair was also driven by a rally in the US dollar which strengthened following Trump’s optimism around a trade deal with China.

Meanwhile, Irish Prime Minister Leo Varadkar has commented that he would be open to another extension for Brexit until a deal can be finalized. Opposition MPs are also exploring ways to force Johnson to seek an extension on Brexit before October 19. The EU has granted Johnson time till October 19 to suggest credible alternatives to the current withdrawal agreement.