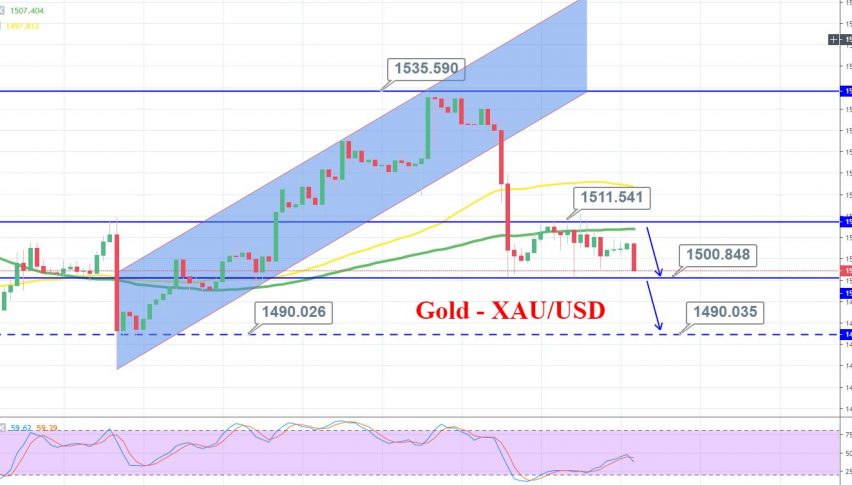 Gold prices surged after exhibiting an almost 2% slide in the prior session. Most of the buying was triggered over interest for the safe-haven metal, yet the strengthening US dollar capped movement in the bullion market.

On Friday, the dollar is trading a bit weaker, sliding from multi-week highs against most of the forex currencies as traders tentatively consider recent political turmoil in the United States and await the next round of trade negotiations with China.

On the economic side, the US Core Durable Goods Orders are the most highlighted events today.

The Bank of England MPC member Michael Saunders is due to speak at a briefing hosted by Barnsley and Rotherham Chamber of Commerce & Barnsley Institute of Chartered Accountants, in Yorkshire.

Since the BOE MPC members vote on where to set the nation’s key interest rates, their public engagements are often used to drop subtle clues regarding future monetary policy.

Traders will be eyeing the Durable and Core Durable Goods Orders from the Census Bureau. These economic indicators measure the change in the total value of new purchase orders placed with manufacturers for durable goods, excluding transportation items. The orders are expected to gain by 0.2%, which is higher than the -0.4% gain in August 2019.

Looking at the past four months’ history, the core durable goods orders have shown much deviation from their forecast and previous figures, which is very good from the trading point of view. The more it deviates, the more we have chances to capture the price fluctuations.

During the early Asian session, the safe-haven metal prices traded mostly unchanged as the United States President Donald Trump’s political concerns and the United States and China trade progress were under focus.

The White House showed a call record between President Trump and his Ukrainian counterpart, wherein Donald Trump was caught requesting a favor before discussing a corruption inquiry in the East European country that links to his political rival, former VP Joe Biden.

This news left a direct impact on US Stocks. The stock indices fell overnight but had little effect on the gold prices.

The United States and China trade progress were also under focus because China’s top negotiator said that China is ready to purchase more US made goods related to agriculture after the United States eased tariffs on Chinese products.

Gold has been witnessing failures at critical levels, but the $1,500 psychological support is catching up so far. In case of a bearish breakout, bears will target a 50% mean return of the early July swing lows to fresh highs nearby $1,470.

The lack of significant economic drivers is causing a sideways movement in this pair. The economic release from the US side was of null effect as most releases came as expected. At 17:30 GMT the US Final GDP, arrived as expected at 2.0% along with GDP Price index as 2.4%. The US Goods Trade Balance -72.8B came higher than anticipated -73.3B. US Unemployment Claims at 213K also came slightly more than the expected 210K. The only data which was not in favor of USD was the prelim Wholesale Inventories which came at 0.4% as compared to 0.1%. 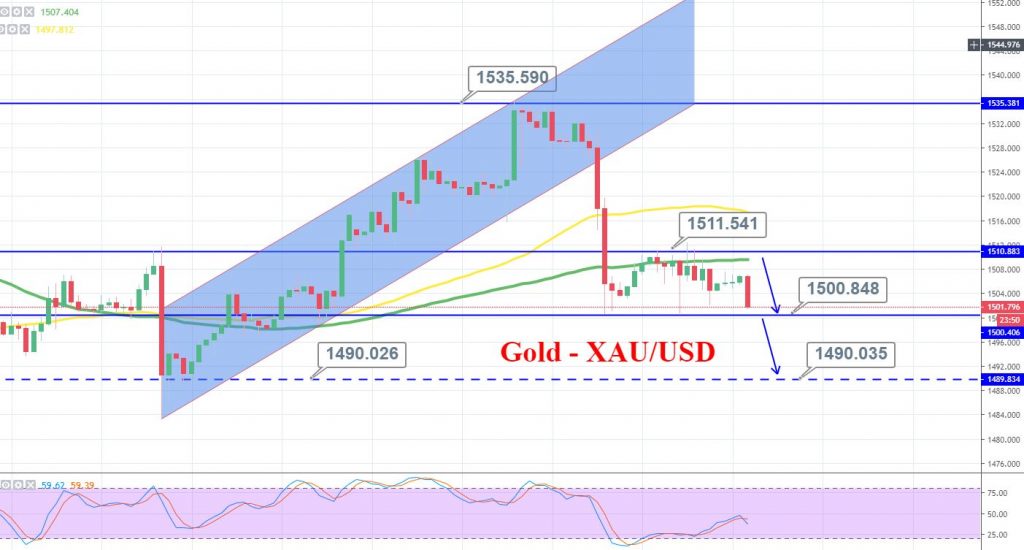 Forex Signals Brief for May 7: US Employment in Focus
6 hours ago