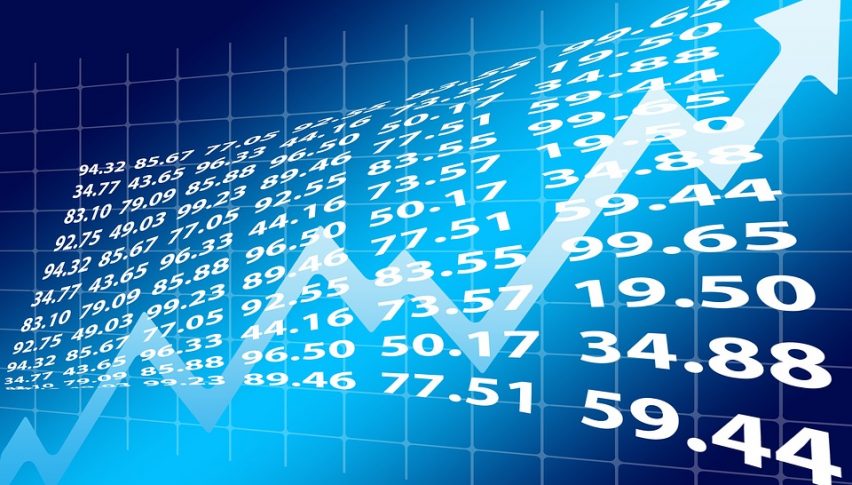 Forex Signals US Session Brief, Sep 27 – Markets Try to Close the Week on A Positive Tone

The risk sentiment has been turning on and off during the last few weeks. Yesterday, the sentiment improved after positive comments from the Chinese Foreign and Commerce Ministries and stock markets turned bullish. But, risk currencies such as commodity Dollars declined. Although, that was partly due to some USD strength we saw in the US session. That strength continued today as well during the Asian session and early European session.

The Euro made some new lows today, after some more soft economic figures from France and Germany this morning. GBP/USD made another bearish move this morning as well, which came after Bank of England member Sunders hinted about a rate cut coming up from the BOE soon. Saunders is usually a hawk, so his shift into a dove had a decent impact on the GBP. But the situation reversed as the European session progressed and the sentiment turned positive again. Now, all risk assets such as risk currencies and stock markets are climbing, while the safe havens are declining, so it seems like markets are set to close the week on a positive footing. 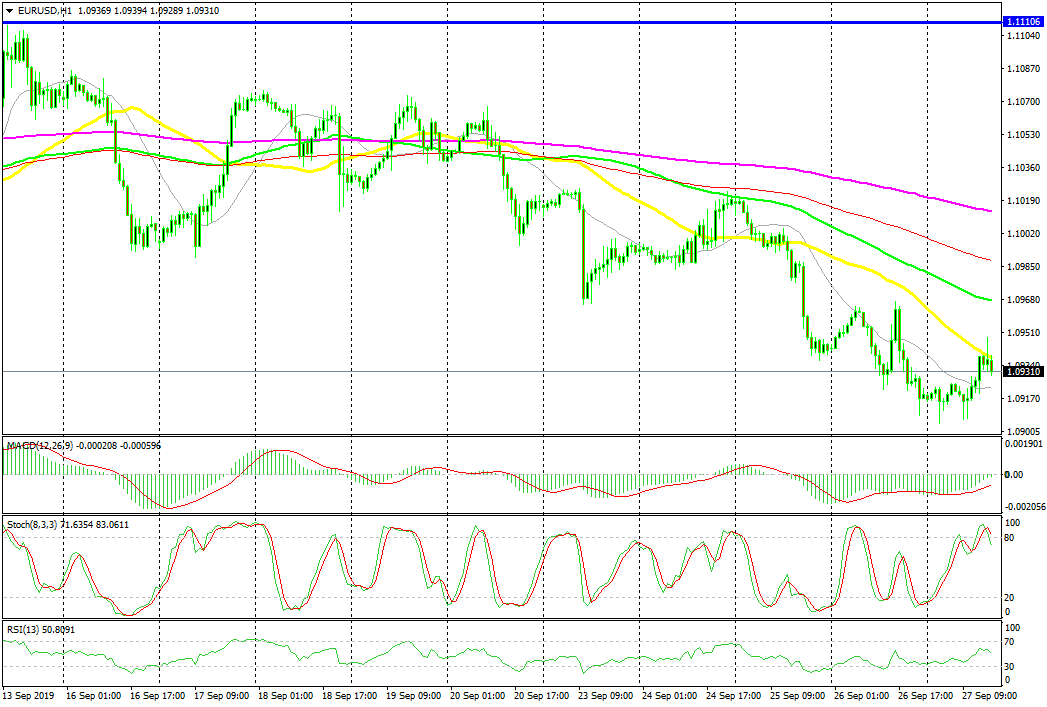 EUR/USD ended the pullback at the 20 SMA

A while ago we decided to go short on EUR/USD. This pair has been bearish for the last several weeks as the ECB turned dovish in the last meeting, cutting interest rates and re-introducing QE. Yesterday this pair broke below the support at 1.0920 which opens the door for further declines now. We saw a retrace higher during the European session, but the retrace ended at the 50 SMA (yellow) which provided decent resistance. The price formed an upside-down hammer candlestick which is a reversing signal and the reversal has already started now.

The sentiment has turned positive in financial markets again today. Risk currencies have been climbing in the last several hours, while safe havens such as Gold and the JPY have been declining, which means that this isn’t just some USD weakness. Stock markets are also on the climb.