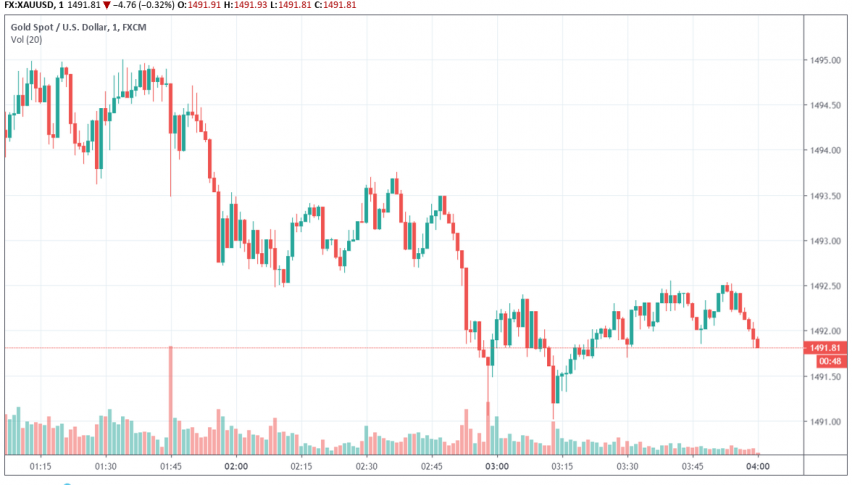 Early on Monday, gold prices have edged lower and fallen below the $1,500 level as markets remain optimistic about the US-China trade negotiations. At the time of writing, GOLD is trading at a little above $1,492.

The dollar has gained some strength over rising hopes of a possible trade deal between the Us and China soon. On Sunday, China’s Vice Commerce Minister Wang Shouwen expressed hope that both sides will be able to resolve their trade dispute in a calm and rational manner. The next round of talks is scheduled for some time around mid October.

Meanwhile, trade tensions have not abated entirely and markets still have more to worry about on this front with latest news reports from the US suggesting that Trump is looking to delist Chinese companies from American stock exchanges. If this goes through, it would further escalate the trade war and possible undo all the positive steps taken recently towards diffusing tensions.

Gold also remains supported over ongoing tensions in the Middle East after Yemeni Houthi rebels claimed to attack Saudi troops along the border. Saudi crown prince Mohammed Bin Salman has also spoken out against Iran, welcoming political solutions to reign in Iran in a bid to bring about peace in the Gulf region.