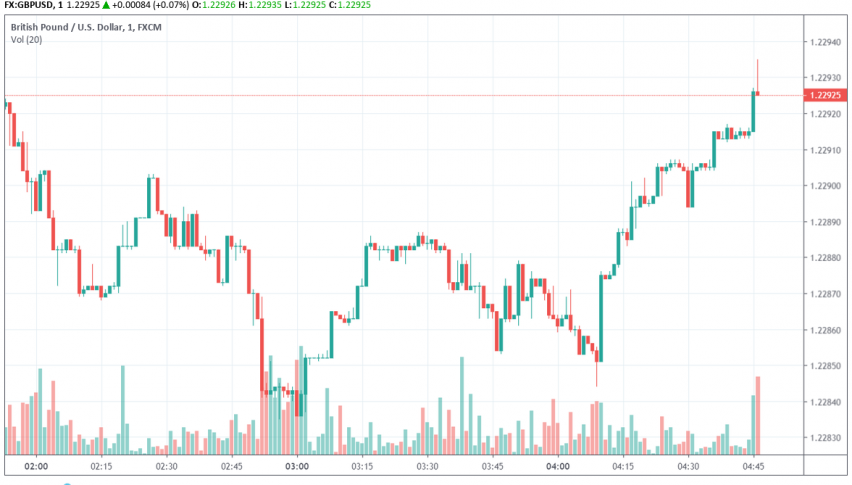 Pound Slides Below 1.23 Level Over Rising Political Turmoil on Brexit

The Pound continues to trade weak against the US dollar into a new trading week, falling below the 1.23 level over rising political turmoil surrounding Brexit going on in Britain. At the time of writing, GBP/USD is trading at around 1.229.

While pro-remain supporters are calling for another referendum on Brexit before the October 31 deadline, Brexiteers seem even more determined to take Britain out of the EU on the deadline a month away. For now, all the attention is on PM Boris Johnson as markets wait to see if he can finalize a Brexit deal by October 19,

If a Brexit deal doesn’t materialize by this date, Johnson will have no option but to put a no-deal Brexit scenario to vote before the Parliament. Only if MPs approve this scenario will he now be able to get Britain to leave the Union with no deal in place.

Johnson has stated that he will not step down if he fails to secure a new Brexit deal by October 19. On Sunday, he reiterated, “People can feel that this country is approaching an important moment of choice and we have to get on and we have to deliver Brexit on October the 31st … I’m going to get on and do it.”

Forex & Commodities Trading Levels to Watch on Thursday
24 hours ago