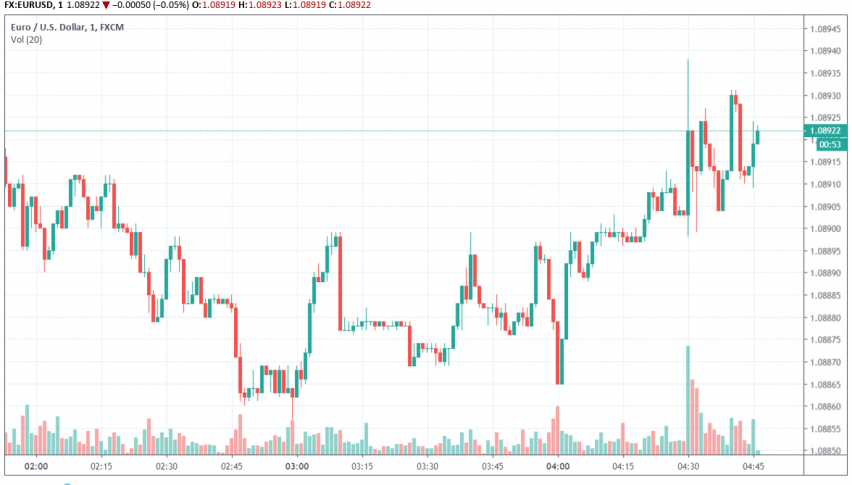 The Euro continues to trade weak against the US dollar after sliding towards a two-year low on reports that Germany has downgraded its growth forecast for 2019. At the time of writing, EUR/USD is trading at around 1.089.

Leading economic institutes in Germany expect Eurozone’s largest economy to grow at 0.5% in 2019, significantly lower than their original estimates for a 0.8% rate of growth. Economic growth forecast for 2020 has also been revised lower to 1.1% from the previous forecast of 1.8%.

This comes on the back of disappointing German unemployment data which came out on Monday which revealed an unexpected decline in joblessness during September. According to data from the Federal Labour Office, the number of jobless people fell by 10,000 to touch a seasonally adjusted 2.276 million while economists were expecting the figure to climb higher by 5,000.

Weakening economic data as a result of the ongoing global trade tensions, recent weakening in global economy and Brexit have been weighing heavily on Germany’s manufacturing sector. The risk of a recession in the German economy has also been climbing higher with more and more disappointing data releases from Germany in recent times.