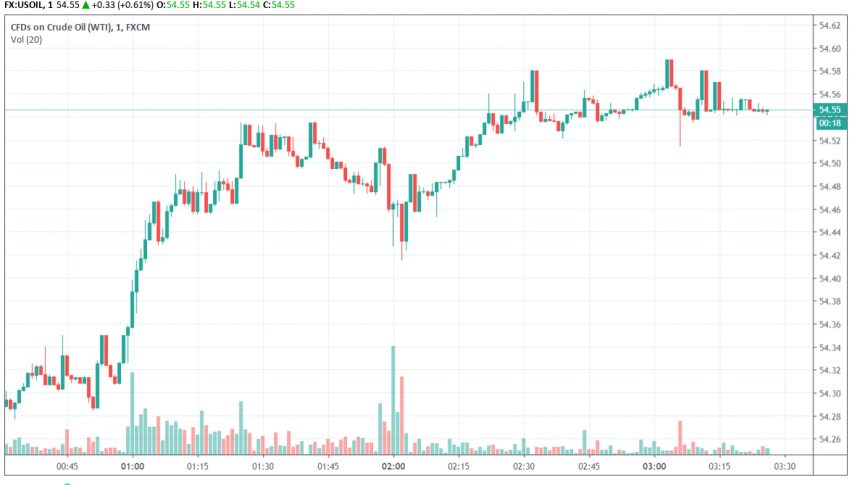 WTI crude prices bounced higher early on Tuesday following reports of decline in production in the US, Russia and OPEC during Q3 2019. At the time of writing, WTI crude oil is trading at around $54.55 per barrel.

Against the backdrop of the US-China trade war, leading oil producers around the world had curbed crude production to balance the fall in demand. According to a recent Reuters survey, crude oil prices are expected to remain steady for the remainder of the year, with WTI forecast to be just under $58 per barrel.