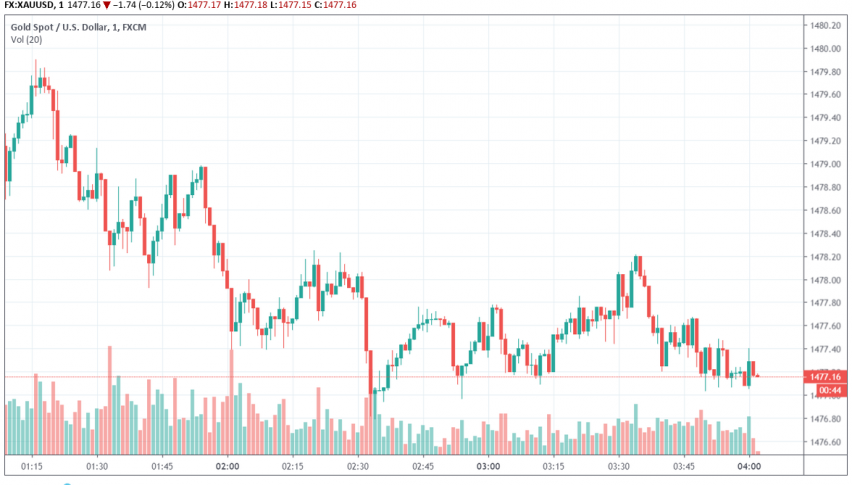 Early on Wednesday, gold continues to trade bullish after gaining more than 1% during the previous trading session on a disappointing US manufacturing activity report. At the time of writing, GOLD is trading at a little above $1,477.

The US-China trade war weighed heavily on US exports and caused a further contraction in the US manufacturing sector, with manufacturing activity declining to a 10-year low in September. After several trading sessions when the sentiment was turning positive surrounding the US economy and the trade war, global financial markets once again worried about a slowdown in Q3’s economic growth.

Meanwhile, US President Donald Trump trained his guns on the Fed and its high interest rates once again, alleging that a stronger dollar was behind the weak performance of US factories. Global economic slowdown concerns emerged once again after Eurozone’s manufacturing also contracted at the sharpest rate in nearly seven years.

On Tuesday, the WTO also revised its forecast for global trade growth from 2.6% previously to 1.2%, blaming the tariff wars and Brexit uncertainties for its downward revision. It also revised its estimates for growth in global trade during 2020 from 3.0% to 2.7%. Weaker economic growth concerns have boosted the safe haven appeal of gold in financial markets once again, supporting gold’s bullishness.