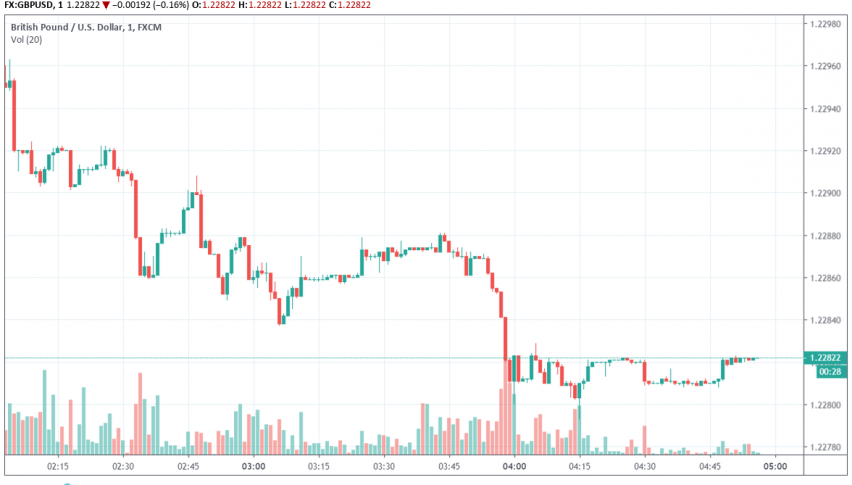 Pound Regains After Falling to One-Month Low Against the Dollar

The weakness in the Pound continues into Wednesday after falling to a one-month low against the US dollar during the previous trading session. At the time of writing, GBP/USD is trading at around 1.228 after recovering slightly on account of a weakness in the dollar.

With no concrete developments and proposals on a new Brexit deal so far, markets are getting increasingly concerned that Britain could leave the EU without a deal in hand, causing the Pound to trade so bearish. UK PM Boris Johnson is expected to present his final offer on Brexit later today, with radical proposals for fixing the Irish backstop issue.

At the same time, he is also expected to put his foot down with yet another threat that if the EU doesn’t accept his proposal, he will take Britain out of the Union with no deal in place. Downing Street confirmed that if Johnson’s final offer does not gain EU’s approval, they will be left with no time to negotiate again and will be forced to depart from the EU without a deal at the end of the month.

Johnson is proposing two borders for four years between Ireland and Northern Ireland after the end of the transition period in 2020. For now, reports suggest that Johnson has managed to secure DUP’s backing on his proposal for a bilateral lock between Belfast and Dublin.