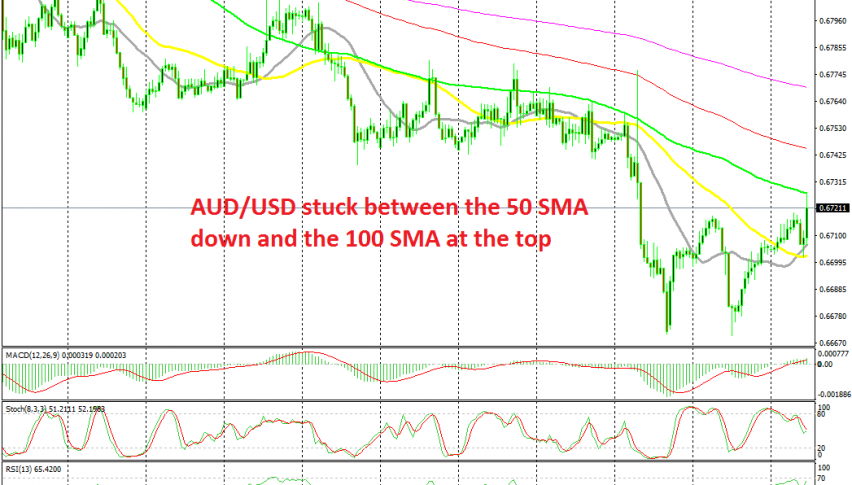 The 100 SMA continues to provide resistance

The USD has been on an uptrend for a long time and AUD/USD has been trending down for more than a year. The downside picked up pace earlier this week after the Reserve Bank of Australia cut interest rates for the third time in four meetings, to 0.75%.

But the deep contraction in the US ISM manufacturing turned the USD upside-down on Tuesday and this pair has reversed higher. AUD/USD tried to make the reversal on Tuesday as other pairs did after the ISM report was released, but it returned down yesterday on the back of some increased AUD weakness.

Although, the price bounced off 0.6670s again yesterday, which seems to have formed a support zone down there. The price broke above the 20 SMA (grey) and the 50 SMA (yellow) on the H1 chart, which also seem to have turned into support now, since we saw a bounce off those MAs this morning. But, the 100 SMA is still standing.

This moving average has been providing resistance for some time for AUD/USD and it rejected the price today in the first attempt, so it’s doing that job again today. Now, AUD/USD is stuck between these MAs on the hourly chart. We hope that sellers win this battle since we are short on AUD/USD since yesterday.